Life is good. Trying to keep up and soak it all in.

My classes are still going well. I got my first physics test for Foundations of Science out of the way at the beginning of this week, so the rest of the week's lectures were basics of chemistry. In Faith in Science Reason in Revelation, we're discussing the reaction of Catholic theologians and scholars in the Middle Ages to the Greek philosophies of Aristotle. It's a lot easier to procrastinate here vs. in high school when everything was more structured, so that's definitely something I'll have to stay on top of. In other news, I discovered the chocolate-covered dates at the campus Convenience Store and I'm addicted.

I'm still just trying out a lot of different activities to see which things I want to do- I know it probably seems like I'm doing a bunch of really random things with my time, but I'm not sure if I'll actually commit to them all. I just feel like part of the college freshman experience is trying different things, and there are always so many student activities going on. For example, I tried a Pilates class this week with my roommates, and I'm not flexible at all... but at least we could laugh at me trying not to fall over.

In Foundations of Science, the chemistry professors do a lot of demonstrations, and there were some pretty cool ones this week, including a little explosion with nitrocellulose-- and this fun precipitation of lead(ii) iodide which is really sparkly, haha. 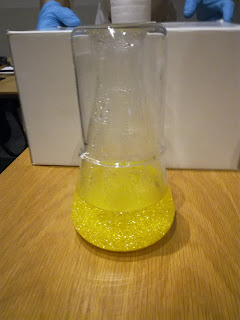 There's a really magical room on campus called the Engineering Design Studio or "idea lab." It's open 24/7 and students can use it for any personal projects they have. It's full of nearly every imaginable engineering-related material: 3D-printers, wood, fabric, sewing machines, power tools, sensors, circuit boards (Arduino/ Raspberry Pi), whiteboards, etc. It's such a cool work space, and I finally started to explore it this week. One fun thing is the 3D pens- they squirt a quick-drying stream of plastic so that you can "draw" structures in 3D. It's a bit like trying to paint with a hot glue gun.

I think I'm starting to take for granted the fact that my classmates are from all over the world. When I first got here, it was really exciting and everyone would introduce themselves with their name and country of origin. Now that we know each other, I'm so used to the individual people that sometimes I forget this isn't normal; our individual identities take precedence over our nationalities, of course. But then once in a while I look around my class and remember that this is so unique. For example, there are about 20 students in my Foundations of Science class, and countries represented include Australia, South Korea, Tanzania, Philippines, Kazakhstan, Jordan, Pakistan, U.A.E., and more. Seriously, if you ever need anything translated from any world language, chances are someone here speaks it.

Highlights of the week:

First Vocal Ensemble Practice
We finally started vocal ensemble this week! I have missed singing in choirs so much and I'm happy to be back to it. We're working on a madrigal and a piece called "O Sacrum Convivium" by Olivier Messiaen- the harmonies in that piece are so discordant and interesting.

Chinese Language Workshop
There's a Student Interest Group on campus called Tower of Babel that hosts weekly language learning workshops. I was pretty disappointed that I couldn't fit in a foreign language class this semester, so I was happy to hear that there was a more flexible option to at least get the basics. I decided to go to this one because why not? It was pretty fun, and now I can introduce myself with where I'm from and how old I am. It's fun because my roommate speaks Mandarin, so she can help me at least learn a little bit here and there and correct my pronunciation. One day I'll be fluent... one day...

Tie Dye Night
The residential student life people hosted a tie dye night from 10 to midnight, which was a lot of fun. We just happened to be celebrating the birthday of one of my friends, so we happened to go straight from his surprise party to the shirt dyeing place. 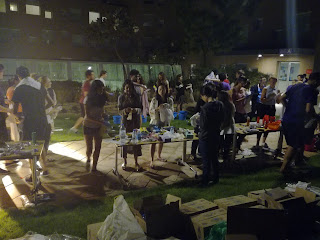 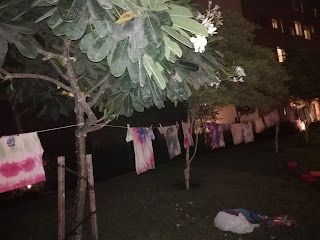 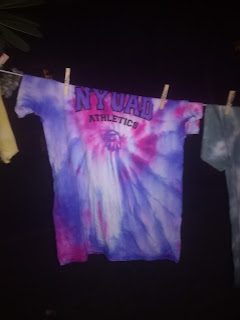 Pool Party
The inter-residence hall council organized a swim party for us at the Hilton, which was pretty amazing. We had such a fun time swimming (and falling/pushing each other off the floaty things), and the food was great as usual. I didn't really get any pictures of the pool area since I'm now keeping my new phone far away from water, haha. 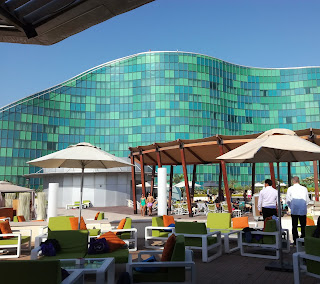 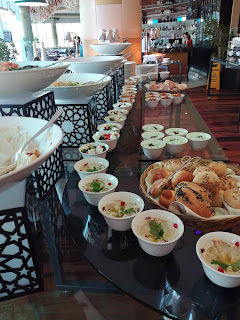 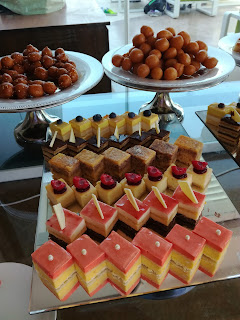 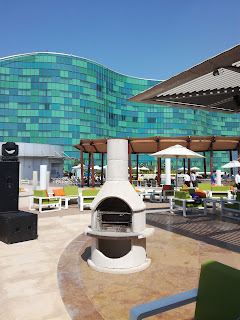 Once again, I feel so lucky to be here at NYUAD, and there's a bit of guilt that comes with that- wondering what I did to deserve all this when so many people in the world work so hard in such difficult conditions and have so little. I guess all any of us can really do is try to change the world for the better, within our sphere of influence, even in little ways. If someone had told me two years ago that I would be this happy, I don't know if I would have believed it. I know things will get difficult and the "honeymoon" feeling of being here will probably wear off at some point, but for now I'm learning, growing, and experiencing so much, and I love it.

*As always, if I post a picture of you that you don't want shown on the blog, just send me a message and I'll take it down immediately. Thanks!*