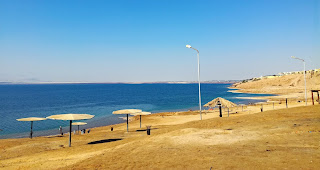 This week started as a continuation of the fall break trip to Jordan. It was an unforgettable experience, not only because of the country and the sites we visited, but also because of the time to bond with my classmates and the experience of planning a trip and navigating a foreign country on our own. Some of the best experiences were listening to music during the car rides, late-night philosophical conversations, and all the ongoing inside jokes that come from having these kind of experiences.

I'll pick up from where we left off last week...
Jordan Day 3:

We visited Jesus's baptismal site, which was a really cool experience. While in general I think that religious belief should based more in faith than in actually seeing these sites, it definitely helps to bring the historical context of the Bible to life a bit. The actual site has no water running through it anymore, and Christian pilgrims made it into a cross-shaped baptistry, so we got to see that and then actually go to the Jordan River. The river is a border area between Jordan and Israel, so we had to go in escorted groups and there was a soldier watching to make sure no one tried to cross. On the other side, there was a group of Greek Orthodox people doing a group baptism service, which was nice to watch. 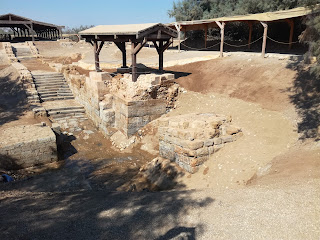 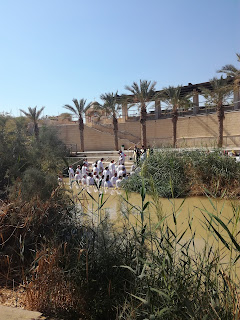 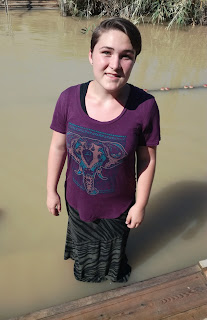 There was also a really beautiful Orthodox church built near the baptism site. 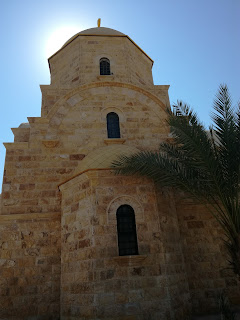 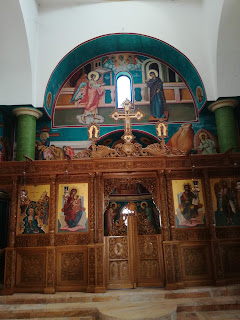 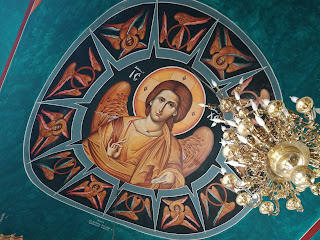 After that, we spent the afternoon at the Dead Sea. The feeling of floating in the Dead Sea is unlike anything else. You can just recline flat in the water without any effort, or stand upright and bob up and down about chest-deep without having to tread water, or even lie on your stomach and put your legs up and just chill there. The water is really salty/ bitter-tasting, and I avoided getting water in my eyes/nose but a few of my friends did and apparently it's quite painful. If there are any small cuts or scrapes on your body, you will feel them very quickly, and it will burn, haha. There are deposits of crystallized salt all around the shore and patches of salt on the bottom. There's also special green mud that is supposedly good for your skin, so we spread it all over ourselves. So much fun. 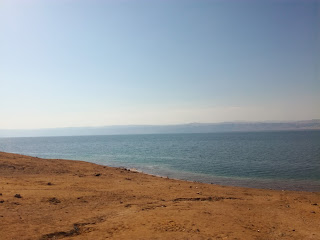 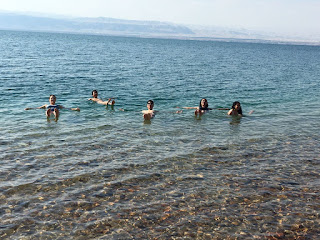 Jordan Day 4:
We went to the World Heritage Site at Petra. This place was absolutely gorgeous and full of ruins carved into the red rocks. Honestly though, it was much too touristy for my liking; the whole thing was full of pushy salespeople selling handicrafts and people in traditional costume offering camel rides. Still, it was definitely worth the drive- It sort of reminded me of the Grand Canyon, minus the canyon, plus camels and ancient ruins. 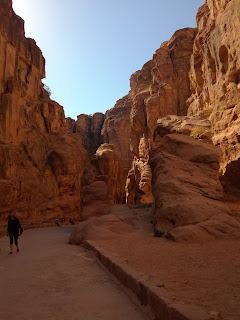 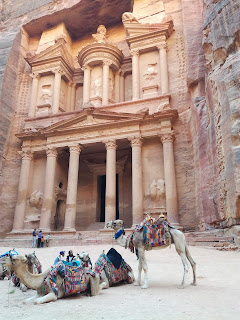 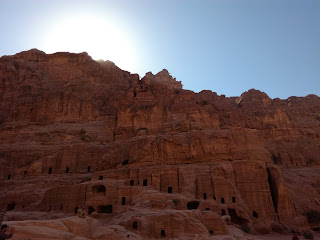 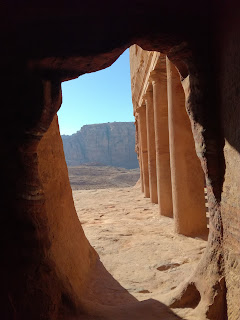 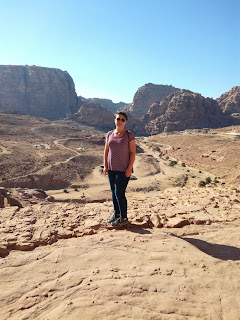 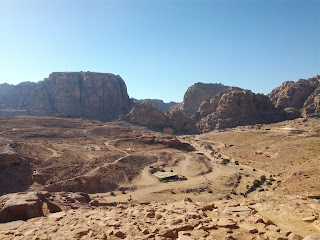 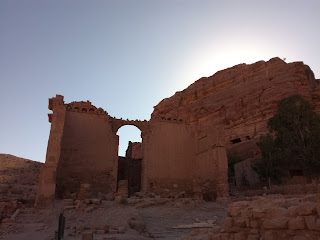 After Petra, we wandered around downtown Amman again (as we did pretty much every night), and got dinner at another little cafe, fresh pomegranate and sugarcane juice from the street vendors, souvenirs from the shops, and kanafeh, a Middle Eastern dessert. Food was definitely a highlight of this trip. 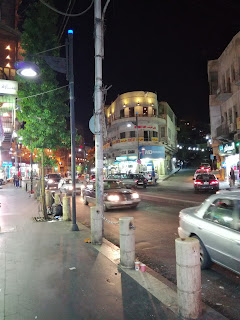 We spent most of the next day traveling back- again from Jordan to Bahrain and Bahrain to Abu Dhabi.

We still had two days of class this week. On Thursday afternoon, I went to this college fair for my student assistantship and helped run the NYUAD station, answering questions about the application process and handing out flyers. It was so exhausting but definitely fun to get outside of the campus a bit and interact with people. Other than that, this weekend has been pretty low-key, just church things, catching up on sleep, and resting from the craziness of travel. I was feeling a bit homesick but got to Skype with some friends from the States, which helped a lot. I definitely don't have my life all together/ figured out as well as it looks in pictures... in between all the photo-worthy moments is a lot of craziness. But I guess that's just as much a part of the college experience.

I finished the weekend with a Halloween party with some church friends. 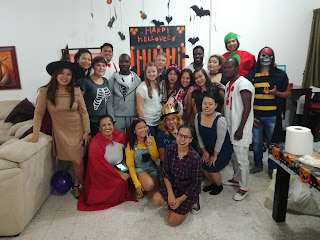 This week will be back to the routine of learning and studying and working hard, but fall break was a nice way to refresh and an opportunity that I'm so thankful for.