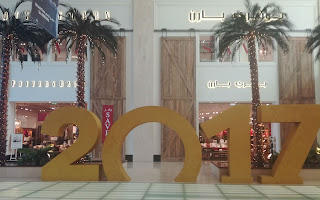 A lot has changed in 2016. In some ways, I feel like my entire world has changed, and mostly for the better. I've graduated from high school, become a legal adult, gone skydiving, chopped off about 25 cm/ 10 inches of my hair, moved halfway around the world, traveled to countries I never thought I'd visit, voted in a presidential election for the first time, rode in a taxi for the first time, made friends from all over the globe, and learned so much. I'm finally able to order from local restaurant menus and know what most of the dishes are. I'm finally (slowly) starting to understand the metric system more intuitively. A few Arabic words have increasingly found their way into my vocabulary. I'm finally starting to get familiar with navigating the city streets.

Beneath all the fun adventure photos, there are the times I stayed up all night trying to get work done, cried in front of people I barely knew, felt frustrated about pointless things, questioned my life plans, ruined clothes trying to do laundry with unfamiliar washing machines, procrastinated when I knew I shouldn't have, went to the gym less than I should have, didn't practice piano as much as I should have, lost friendships and argued with people I care about, felt incredibly awkward and shy and overwhelmed, said insensitive things and regretted them afterward, got lost in unfamiliar places with no cell service, the list goes on... but I can very honestly say that this has been the best year of my life. There's still a lot that I'm figuring out, and a lot of things I could be doing better, but for my first semester, I'm calling it a success.

Moving to Abu Dhabi and studying at NYUAD is the greatest possible thing that could have happened to me. I've finally found a community where I fit and where I belong, and I've made friends from all over the world through church and through school. It sounds cliche, but every day I have access to resources and opportunities that a year ago were beyond my wildest dreams. I spent so much of high school wanting independence, waiting for adulthood to come, and now I'm finally there.

Maybe it's bad that I don't miss home very much yet- I miss certain aspects of home for sure, especially family and friends... but I feel just as much at home in Abu Dhabi as I do anywhere else. I know that good times don't always last, but I'm studying and preparing to be ready for when the difficulties come. I feel so lucky. I never want this to become something I take for granted. God has been so good to me.

This week, I got to finish spending time with my parents and my brother. It was so great to spend so much time with them. We spent 3 days in Musandam, Oman, in a seaside town called Khasab. I love the mountains of Oman- being out in nature is so refreshing. 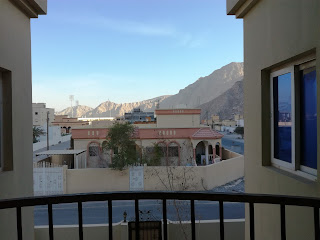 We went on a dhow boat cruise through the fjords for a day, which was slow and relaxing until we jumped out to snorkel a bit, which was a lot of fun. We were in the Persian Gulf about 60 km from Iran. In the distance, we could see one of the islands off the coast of Iran. 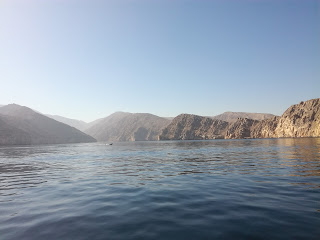 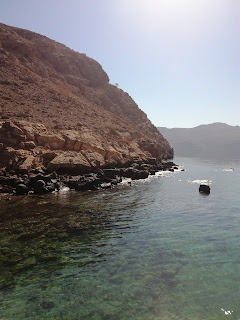 We also got to spend a day on a tour through the Hajar mountains on a little winding dirt road. This area is called the "Grand Canyon of the Middle East" because of the beautiful, colorful wadis (dry river bed canyons). Our tour guide was very knowledgeable about the history and artifacts along the way. 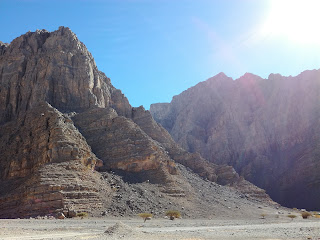 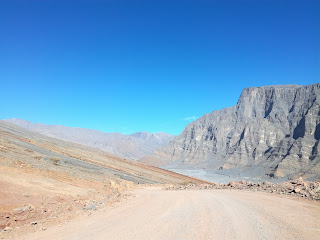 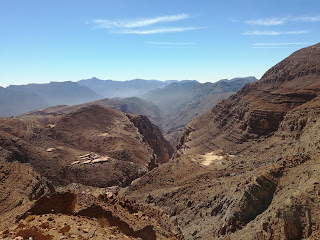 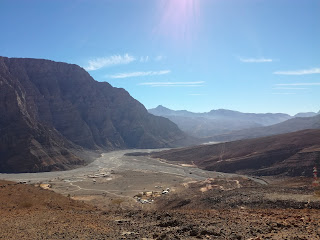 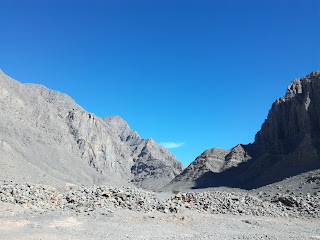 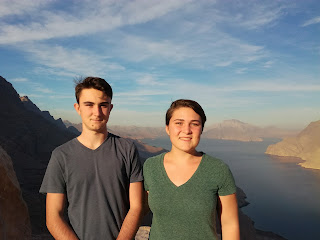 There were goats and donkeys along the way. Actually, there were goats just sort of aimlessly roaming around everywhere in Khasab. They eat the trash on the streets and I guess they don't really do any harm. They are so nimble in navigating the loose rock on the mountain slopes! We fed them our banana peels from lunch. We found an adorable baby goat as well! 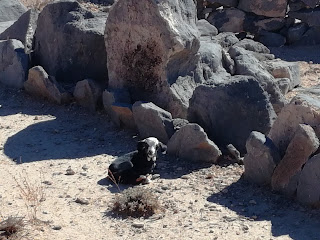 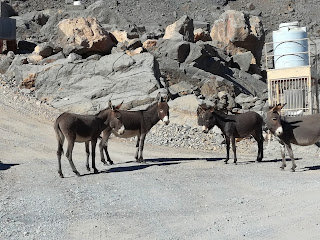 One of the highlights of the mountain tour was the archaeology/history. We got to see petroglyphs, fossils of marine organisms embedded in the rocks, pre-Islamic burial mounds, and a 400-year-old stone house. The house had the bones of a dead goat inside, and it smelled quite musty, but I went inside it anyway.

On the way back from Oman, we stopped briefly in Dubai and walked around Dubai Mall, got to see the world's tallest building again (Burj Khalifa), got lunch at Shake Shack, all that fun stuff.

One fun thing I got to do today was visit the Sheikh Zayed Heritage Festival in Abu Dhabi with a few families from church. It was full of stalls selling and demonstrating traditional U.A.E. handicrafts such as basket weaving, hand-tied nets for pearl divers, wooden dhow boats, handmade clothing, henna art, etc. Around the edges, there were sections dedicated to other countries, with food and handicrafts from various locations around the world. I sat with some older Emirati women for a bit and watched them weave with palm tree fiber. They didn't speak English but they were friendly. 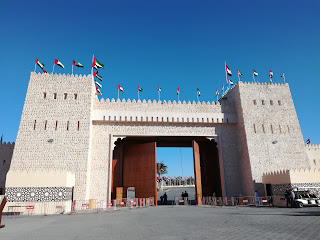 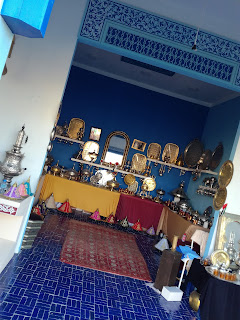 Another highlight of my week was a Skype call with several friends from the states that I hadn't talked to in a while. Video chat isn't the same as really spending time together, but it's nice to keep in touch.

I'm looking forward to the new year and all the adventures it will bring. Wishing you all health and happiness!