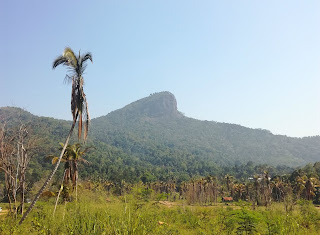 I'm back from Sri Lanka and I miss it already. This week, we continued the manual labor and building houses with Habitat for Humanity, got to explore the city of Kandy, and bonded so much as classmates and as people. I have so much respect for the village of Arayanaka and its people. I just wish we could have done more to make an impact.

Toward the end, we learned how to make mortar and build walls with cinder blocks. We also spent a lot of time passing bricks and roof tiles from one place to the other. We interviewed the people in the village and prepared short presentations about the different aspects of their community, such as employment, access to energy/water, healthcare, education, etc. On the last day, we presented our findings to the Habitat for Humanity staff. 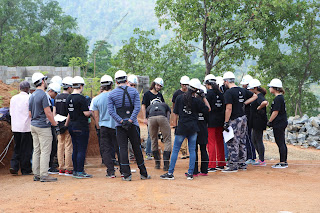 On one of the days, we got caught in a crazy rainstorm. It was unlike anything I had ever seen. All of a sudden, a little bit of wind started to stir, and the leaves began to blow in circles around where we were building. Five minutes later, the downpour began with wind and lightning. But instead of staying under the covered porch, a bunch of us went and danced in the rain until we were soaking wet. I think the villagers thought we were crazy, but it was so much fun. It also meant that our work ended early for the day, because we couldn't do more concrete with everything wet.

On another day, we actually got to visit the site where the Aranayaka landslide occurred last year. Some of the people in the village had their homes destroyed by the landslide, and others were forced by the government to leave their homes because their land was considered at risk for future landslides. It was such a surreal moment to see the beauty in the destruction- to see the crushed houses and think of the bodies undoubtedly buried beneath the sand, yet to see the regrowth of greenery all around. Things rebuild themselves. Life goes on. But it's crazy to think that just 5 minutes of crumbling earth took away everything these people had. It was kind of a reverent/surreal moment.


We spent one "day off" visiting some sites in the city of Kandy.

We toured a tea factory and learned about all of the machines used to separate, dry, and ferment the tea leaves to get the different kinds of tea. It was really interesting from an engineering perspective to see how the different machines work. For example, one of them used rods with static electricity to separate different portions of the tea plant- the smaller parts would stick to the rods with static, and the larger parts could be swept through the machine. I never would have thought of using static electricity as a separator. 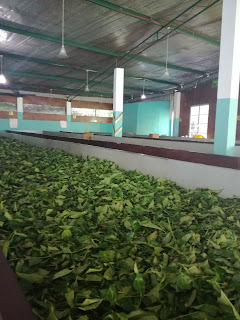 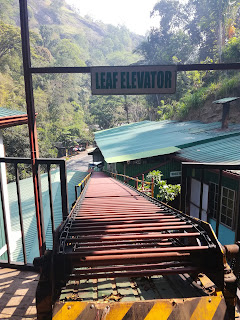 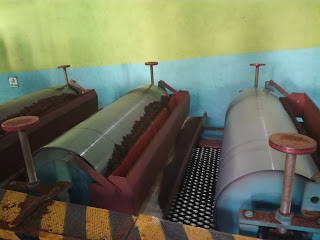 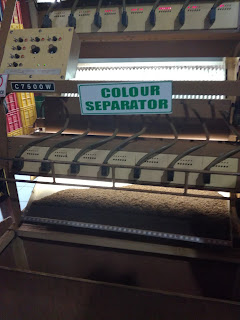 We also visited Peradeniya University in Kandy and spent some time meeting the students and faculty over lunch. In the future, we might collaborate with their university on more social impact projects, so it was a good meeting for networking purposes. Their campus was surrounded by beautiful forest, and the students I got to talk to were so nice! 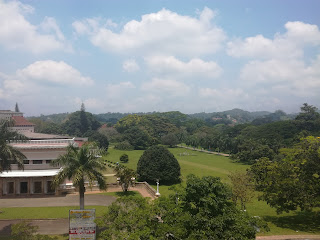 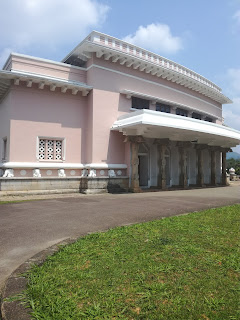 We also visited the Buddha's Tooth temple. This is a Buddhist temple where a tooth relic is kept, although you can't actually see the tooth because it's kept in sealed containers. It was pretty similar to some of the Buddhist temples I visited in Thailand a few years ago. I really loved the paintings depicting the stories of Buddha's life. 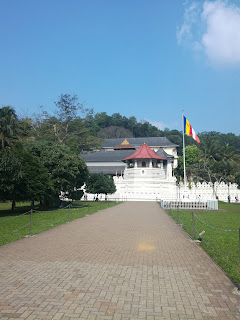 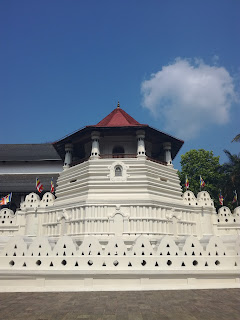 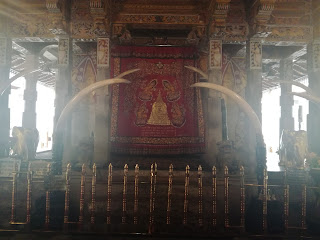 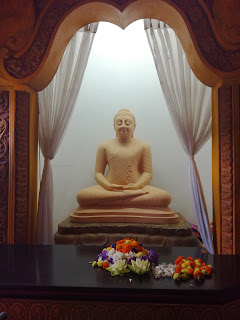 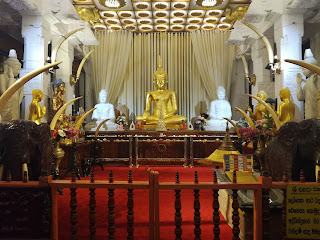 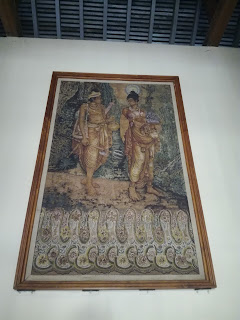 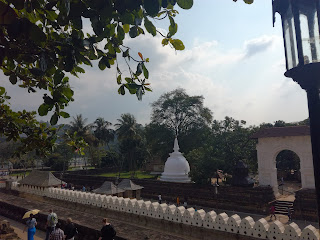 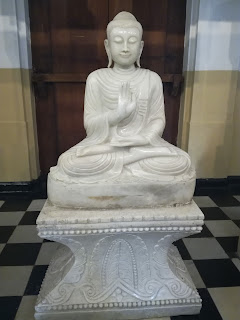 We found a snake charmer in Kandy as well. He just wanted money, though. But it was pretty cool. 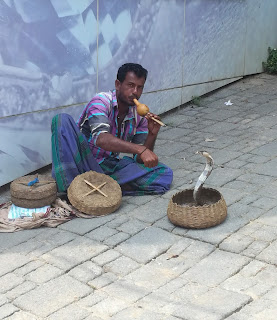 We got to walk around the streets a bit and buy souvenirs from the street stalls. 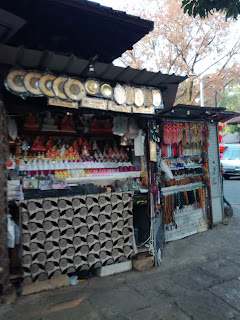 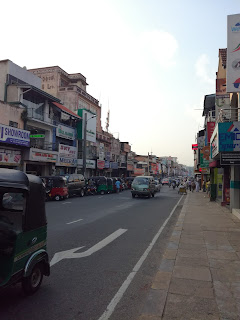 At night, one of our assistant professors from Spain gave us blues dance lessons, which was a lot of fun. On the last day, some girls from the village performed a dance for us, and then we performed our dance for them. Each group taught each other the dances and had so much fun.


We got into so many discussions about religion, culture, and politics. I learned a lot about the political history of Sri Lanka and its civil war. I got to see firsthand the impact of British colonialism. I learned about the Tamil and Sinhalese cultures and conflicts. Also, perks of hanging out with Indian and Pakistani friends: Muslim/Hindu/Christian religious discussions + Pakistan/India/U.S. political discussions lead to a lot interesting arguments. I love it.

On one of the afternoons, we visited the Pinnawala Elephant Orphanage. I love the elephants so much! Such beautiful creatures. Still overly excited about elephants. 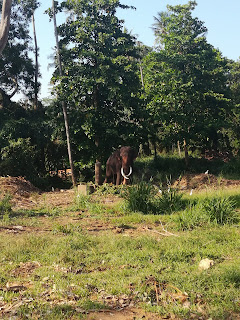 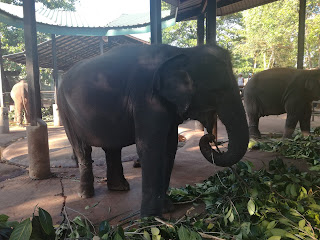 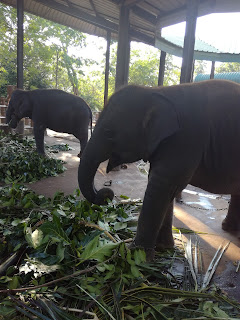 During the last few days of building, I spent some time playing with the children in the village. This little 4-year-old girl was the cutest and most spirited kid I've ever met. We played little games like "catch" with a work glove and danced around and just sort of did random things. She kept talking to me in Sinhala and I don't think she understood that I didn't know what she was saying, but she kept repeating back my English words like "catch" and "thank you". So precious. All the kids were so cute and kept trying to climb up my legs.

I'm going to miss the food so much. Coconut everything, fish curry, rice, healthy spicy delicious vegetables. New resolution is to learn how to cook Sri Lankan dishes when I have time. 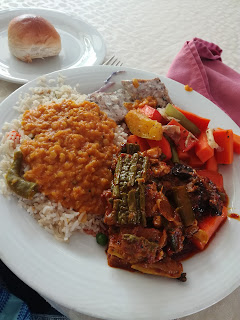 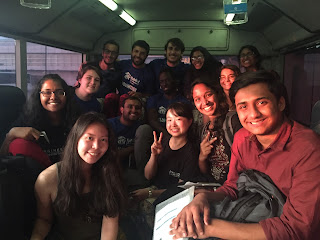 Anyway, I spent most of today unpacking, resting/sleeping, catching up on work, and getting ready for class tomorrow. Here we go into another semester...

Hope you are all happy and healthy!