Apologies if this post is a little scattered, because I have an essay to work on tonight and don't want to put a lot of time into editing this. Just thought I'd check in. From now until finals week in mid-May, I think the workload is going to increase quite a bit, but we'll get through. I'm still mostly enjoying it, despite how much I complain :) In Physics, we are still doing Maxwell's equations, but we had a pretty awesome lecture where the assistant professor started playing a dramatic music soundtrack and narrating the history of physics theories about electromagnetic radition, as if he was in one of those corny physics documentaries. We couldn't stop laughing until he stopped the soundtrack.

I also briefly got lost in the basement of the school trying to find my summer storage locker, but now I know where it is... it's a maze of hallways down there. Quite the adventure. I registered for my fall semester classes, which is exciting. More information on that to come shortly. Church was good this week.

I spent most of this weekend on campus getting work done, but I did get to briefly stop by the school's Latino Night for some food, went to part of a Rooftop Rhythms poetry slam, and had a lunch with some high school counselors visiting from the U.S. + some of the other admissions interns. It's always fun explaining my experiences to campus visitors, especially from the U.S. I get a lot of questions along the lines of "How in the world did you end up here in Abu Dhabi??" which is a fun one to answer.


Tomorrow, the former president of NYU, John Sexton, is coming to talk to the class of 2020, which I'm looking forward to. He spoke at my Candidate Weekend, and he tells very engaging stories from his travels all over the world.

In Yas Mall they have an art exhibition celebrating the U.A.E. heritage and military history, so I thought I'd include a few of the paintings here. 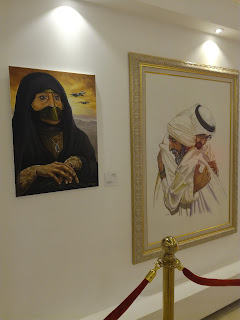 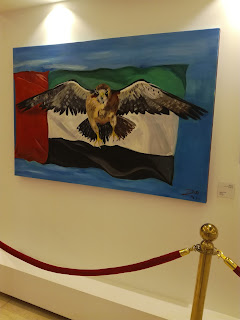 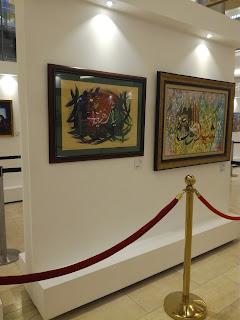 My campus has both a main fitness center and a women-only workout studio, and this week I finally decided to check out the women-only one for the first time because swim class was cancelled on Monday, so I had some time. It's smaller than the main gym but still quite nice. I went at a time when I happened to be the only person there, which was awesome, because then I could make faces in the mirrors and dance to my music and otherwise be my dorky self while on the treadmill. 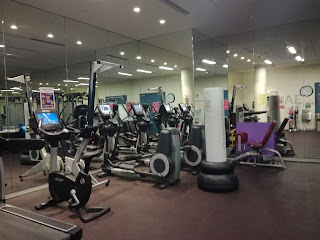 I also went to half of an upperclassmen vs. underclassmen football (soccer) match with friends. American football is not really a thing at NYUAD, in case anyone was wondering. But the actual football with feet is pretty popular among students. I got a free t-shirt from the game, so I guess it was worth going. 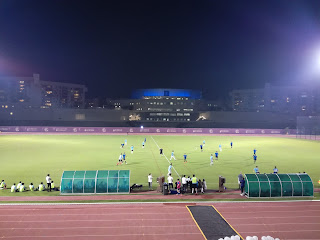 Anyway, hope you have a wonderful week.