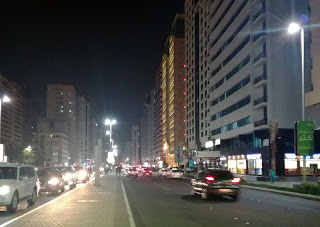 This week I started my summer classes, Statics and Conservation Laws. It has been nice to be starting engineering classes that actually have to do with my major, as opposed to the introductory science and math requirements. However, since these classes are only 4 weeks long, we're rushing through the material quite a bit. I guess the first week of any new semester is a little rough when adjusting to new routines and expectations, but by the end of the week it got easier. I like the topics we're covering, and the small class sizes make it easy to ask questions. I have really wonderful classmates, even though I'm missing some friends who are now home or elsewhere in the world for summer. After class, I've been practicing piano, singing, trying to learn Chinese, and working on other things.

This weekend I got to go to church, attend a dinner/game night with other single adults from church, watch the Wonder Woman movie, and do some spontaneous city exploring with one of my classmates. Probably not the most productive use of time, but then again, I had some interesting conversations with people, familiarized myself with new parts of the city, and now I feel recharged for the week ahead. 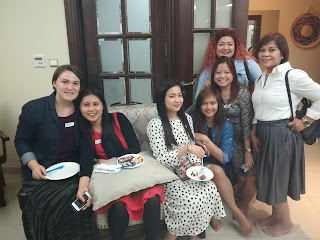 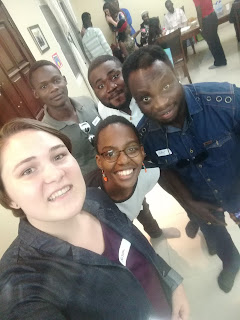 Things discovered in the city today:

A MUSIC STORE!! After just randomly walking around looking at shops, I spotted a music store across the street and had to go inside! It was owned by a really sweet Chinese family from Shanghai, and it was full of guitars, pianos, ukuleles, keyboards, violins, ouds, and sheet music. Unfortunately I went there just 5 minutes before closing time, but I'm definitely coming back. 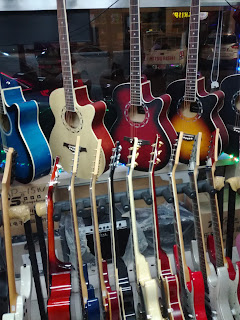 Southern Fried Chicken (SFC)- the weird knockoff cousin of KFC I guess. I've seen this place before, but found this one right next to an actual KFC. Not sure what the business strategy was there. 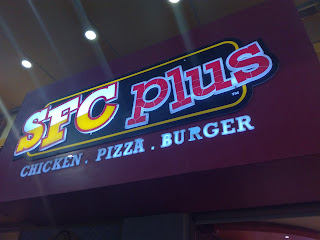 The World's Largest Book- I didn't take a picture of this because I was walking past, but it's on display in Al Wahda Mall if any of you Abu Dhabi people want to look at it.
https://alwahda-mall.com/this-is-muhammad-world-s-largest-book-on-display-at-al-wahda-mall/

Avocado-Date Milkshake- A delicious thing which I highly recommend. Syrian food is a plus as well. 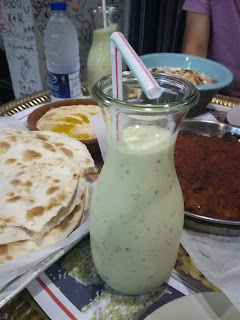 Ramadan is under way in the U.A.E., which means that things are rather quiet during the day. During Ramadan, Muslims fast from sunrise to sunset, which here is about 4 a.m. to 7 p.m. There is a law in the U.A.E. that people cannot eat food or drink water in public areas during fasting hours, out of respect for those who are fasting, so many restaurants are closed during the day or fenced off to make a private area. For example, the convenience store on campus has a curtain/barrier in front so that you can't see the food as you are walking by, but people can still enter. 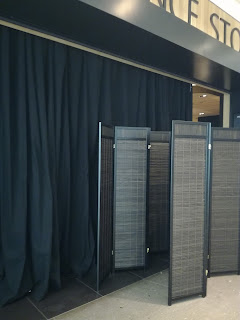 The great thing is that, after sunset, a lot of places in the city are open until midnight or later. The city becomes sort of nocturnal, which makes sense given how hot it is during midday. Also, the dining hall on campus is open from 2-4 a.m. for the pre-sunrise meal called Suhoor, and it opens right at sunset for the Iftar meal.


Also, when I went to the movies earlier today, the snack area was completely closed. Imagine the strange silence of sitting through a movie in the theatre without the rustling and crunching of popcorn. It's good, though. I have the feeling that the rest of this month will be quiet and hot and humid, but also kind of peaceful. It's a good time to refocus on things that matter.

Anyway, hope you have a great week.