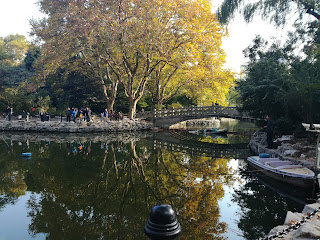 The highlight of this weekend was an afternoon spent exploring Lu Xun park. The park is dedicated to a famous Chinese leftist writer, and his burial site is there in the park, so there are some museums and historical areas around. There was also a plum tree garden, but no plums in sight. It was a school-organized event, so I got to meet some new friends, mostly freshman students that I hadn't met before. 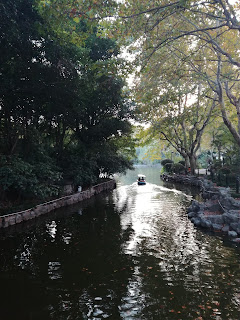 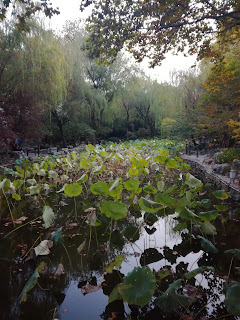 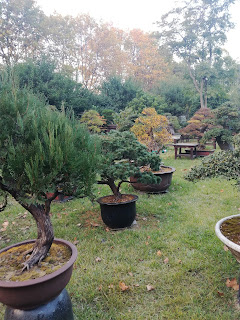 At one of the museums dedicated to Lu Xun, there was a room with walls covered in paper copies of his written works. 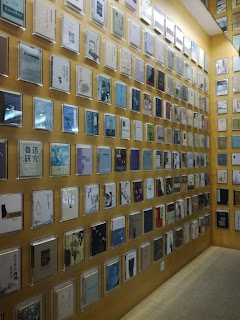 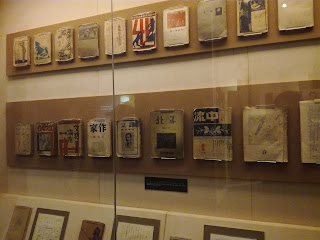 All through the park, there were people gathered playing cards, practicing musical instruments, doing tai chi, or just talking and relaxing. One person that caught my eye was a man who was painting Chinese calligraphy onto the sidewalk with water and a giant paintbrush. It was so interesting to watch! 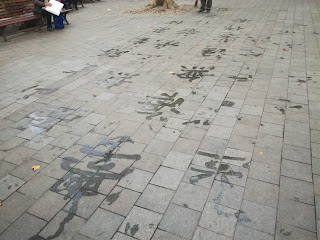 I loved the singing and musical instruments that could be heard throughout the park- it gave kind of a surreal atmosphere, like something out of a movie about China. There was everything from bamboo flute to saxophone to opera singers. 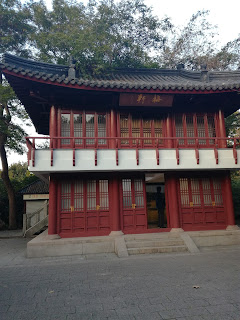 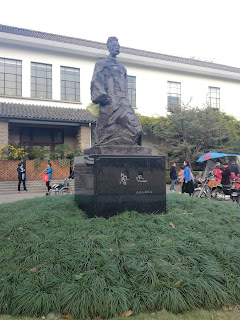 After we explored the park, my friends and I went to a famous street called Tian'ai Lu, or "sweet love road", which has a bunch of poems and quotes about love posted all along it, and it's a place where couples often go walking. The most interesting part of it is a wall section where graffiti art is allowed, and there are some interesting designs. 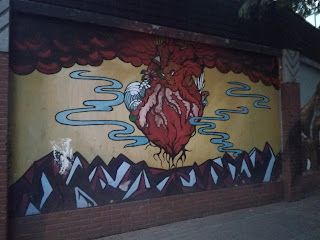 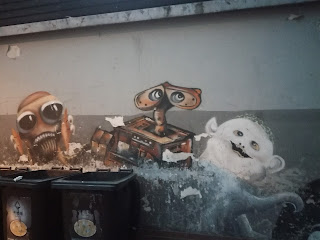 At the beginning of the week I went for a bike ride after class one day, and I found a lady selling fresh-baked flatbread on the street for just 2 kuai each (about 25 cents), so I couldn't resist buying one to take home. I put spaghetti sauce and cheese on top and microwaved it to make "pizza", which is probably a very "college-student" thing to do, but it was so delicious! 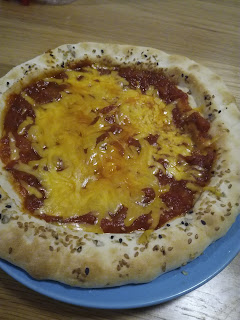 Another thing I did this week was get vaccinated for yellow fever, since I have some upcoming travel plans for school that require it (NYU people-- it's for J-term). I was pretty worried for this, since I really hate needles, I had no idea what to expect from a Chinese medical clinic (Shanghai International Travel Healthcare Center), and it was also located in a part of the city that I wasn't so familiar with and I had to go there on my own. So, needless to say, I'm pretty happy to have gotten that done. No weird side-effects, no problems finding the clinic, and the doctors at the clinic all spoke English very well and were really helpful, so all the worst-case scenarios I had imagined turned out to be completely false. Prayers answered for sure. The one thing that was kind of interesting is that the vaccines were stored in a fridge in the waiting room of the clinic, and overall the waiting room was a little less sterile-looking than what I'm used to, but it was pretty alright. For some reason, it was decorated very festively with mini Christmas trees and pine cones in the windowsills. So yeah, that was a good experience. 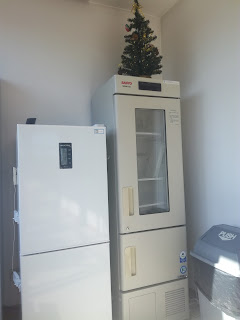 Additions to my "interesting English of China" collection:

I'm in the process of planning a trip to Beijing over Thanksgiving weekend, so that's something to look forward to!