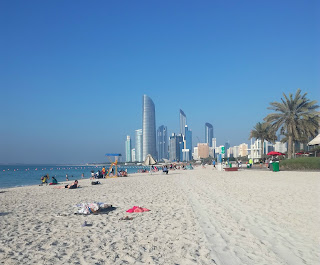 
We also visited a few different homes to look at residential energy usage. We did a few basic tests on the municipal water supply, because our initial idea revolved around solar water pumps, so we were testing the water pressure, flow rate, etc. to understand better what parts need to be ordered and installed later on. It was really wonderful to see what the other groups accomplished, as well.

On the last night, we got to drive outside the city a bit to a quiet spot on the beach for a final dinner with the Urbz staff members. We were in a pretty large bus driving through narrow roads, and there were a few times when I thought there was no way on earth we would make it through the space we had, but somehow we made it in one piece despite a lot of honking and cutting off the traffic coming in the opposite direction, haha. So peaceful to get into nature after the constant noise and crowding of the city. 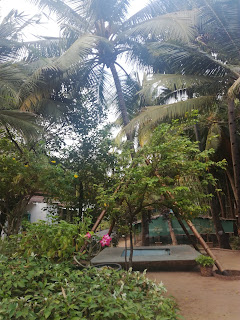 Okay, so I have to include this one photo because it makes me laugh... but it requires some explanation first. So I have a this one engineering friend, you might recognize him from the Hackathon pictures, but anyway he's really into the recent Black Panther movie, and now insists on doing the Wakanda salute from the movie (arms crossed over chest) in every photo taken of him. So he went to take a selfie, but then he realized that you can't exactly do the Wakanda sign while taking a selfie... so at the last minute I joined in to complete the Wakanda sign and this was the awkwardly fantastic result, haha. He told me, "Alison, you have to put this on your blog!!" so here we are:

Once we got back from Mumbai, we went straight back into classes. We didn't have that much work this week, mostly getting back into things slowly after the break, so I actually had a semi-free weekend for once. Also, one of my professors was traveling, so we had no homework for that class, only a short lecture taught by the assistant prof, and our lab session was cancelled, which might seem like a small thing, but overall it made a huge difference in the amount of free time I had.

I tried to take advantage of the free time: got to go swimming at the beach, went to open mic night, went to a friend's birthday party where we played card games until late... and then I actually had time to sleep in, study Chinese, organize my school stuff, do laundry, message some friends from the U.S., read random books... It was all around pretty great, although I do tend to get a little bit restless when I don't have urgent deadlines to keep me focused. 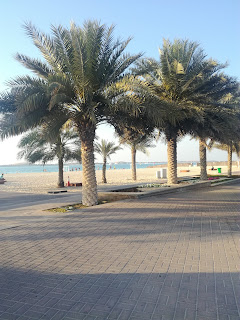 I finished off the weekend by going to an obstacle course/ relay race event organized by NYUAD Athletics. My team was on average pretty non-athletic and mostly there for fun, which was totally fine by me. They had an inflatable climbing course, water balloons, and a relay race all on the soccer field. It felt like being a kid again.


This evening took an interesting turn when one of my teammates sprained her ankle on the bouncy thing (on her 20th birthday!), and another girl who I don't know very well injured her knee, and so an ambulance was called to take the two of them to the ER. Last I heard, my teammate got an xray and everything was clear, just a sprain, so that's a relief. Hopefully everything works out; we had a lot of fun otherwise. Looking forward to the week ahead.