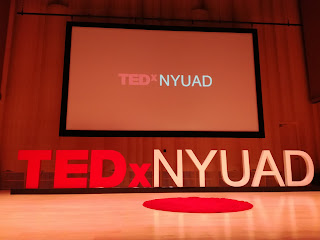 This weekend also included one of the biggest annual events at NYUAD- the Pakistani Mock Wedding, hosted by NYUAD's Pakistan Student Association. Two students volunteer as the "bride" and "groom" and they reenact South Asian wedding traditions. There are group dances to popular Bollywood songs, music performances, biryani and kebabs, etc. A lot of the students dress up in traditional clothes and borrow from friends if they don't have any. I have a lot of videos of the dancing but, sadly, I didn't get very high-quality photos this time because my phone camera doesn't work well in dim lighting and I mostly wanted to enjoy the event. I wore one of my kurtas from Mumbai, yellow with gold sparkly patterns. At the end of the performances, everyone was invited to the front for more dancing. It was one of my favorite memories from freshman year, so I'm glad I got to go again. So much fun! 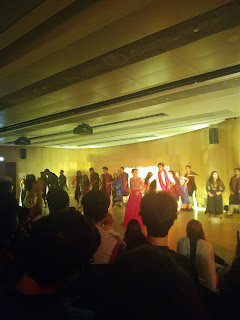 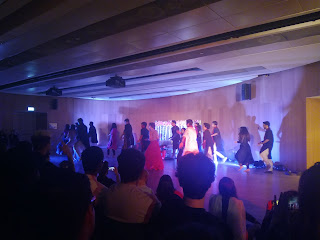 I'm also planning to take a position as next year's Director of Curriculum Development for an organization called College Admissions Mentors for Africa (CAMA), which provides peer mentorship to high school students from around the African continent who are applying to U.S. universities. While it's a fairly small organization now, I was a peer mentor last year and really enjoyed the experience. Right now, it's being run by NYUAD students, although it's not affiliated with NYUAD itself. I met with the previous executive board and the new executive board this week, and there are a lot of really exciting ideas for the upcoming admissions season as the new leadership team takes over. It was so inspiring to meet with this group of people committed to education. Follow us on Facebook and at the CAMA blog!
I also spent a good portion of the afternoon working on the solar power project-- we've been building a prototype for a solar water pump system that is controlled by sensors to shut the water flow on/off, so that's good. Lots of schoolwork keeping me busy as well.


Anyway, that's all for now.