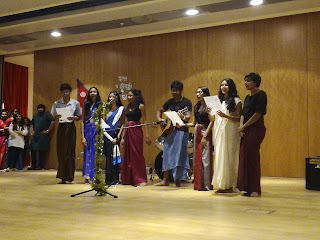 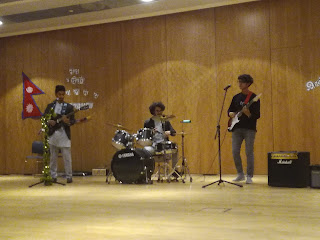 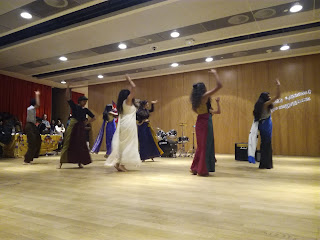 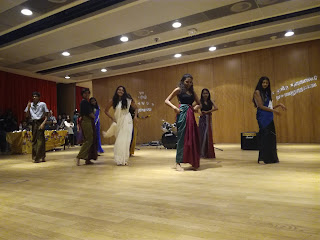 This week Sara al Amiri, the head of the UAE Mars 2020 Satellite mission and the UAE Minister of State for Advanced Sciences, came to speak at NYUAD, so of course I couldn't miss it. She was so articulate and knowledgeable, and she offered a lot of interesting insights into the future of the UAE space program, and how a country that is less than 50 years old has been able to educate its people basically from a sparsely populated desert of nomads and pearl divers to the point where a team of Emirati engineers can develop a satellite to launch to Mars. I was glad that she mentioned some of the scientific purposes of the satellite, because she emphasized that it's not only about the publicity of being the first Mars mission by an Arab country, but also about collecting scientifically valuable data and conducting a purposeful mission. She also talked about the KhalifaSat, a UAE satellite which is scheduled to launch into Earth orbit this year. She also talked about the need for the UAE to diversify its economy away from oil and work on sustainability. It was nice to see an Emirati female computer engineer and policy-maker (she says she doesn't really want to be considered a politician, haha) working hard on these innovations, breaking stereotypes and all.

I've been spending a lot of time working on engineering assignments, especially a particularly time-consuming digital logic lab. We're learning VHDL, a programming language for hardware, and it took a lot of trial and error to solve one of the exercises the right way. Patience is a virtue, I guess.


In my Disabilities in Musical Contexts core class (by far my most academically relaxed class this semester) we've been learning a bit of American sign language as part of our unit on deaf musicians! ASL is fun, but also kind of out of my comfort zone in terms of communicating in an unfamiliar way. I'm learning though! I've been practicing Chinese as much as I can, as well.

Another highlight of this weekend was that I went out for Korean food and walked around in the city with a couple of friends, which was nice. Can't go wrong with good ramen and Korean barbecue. Also we've been playing Settlers of Catan pretty regularly, a board game which brings back memories from home. Not sure if it ruins friendships or reinforces friendships, but somehow probably both, haha. 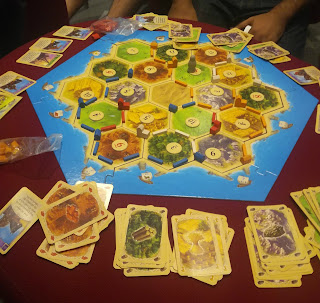 Anyway, that's it for now!