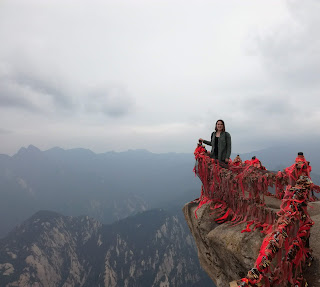 Chinese learning is always a slow process but I feel like I am making some progress. It's like watching a plant grow: if you stare at it all day every day you will drive yourself crazy, but if you just kind of go about your routine and check back every week or so, you can kind of see it getting somewhere.

Last month, as a gift to myself for my 20th birthday weekend/ Dragon Boat Festival holiday, I took a 3-day trip to Xi'an, a major city in western China. I got to meet up with my American friend Victoria, who works as an English teacher, and we had a great time together.

On the first day, we hiked 华山 (Hua Shan). We took the high-speed train about 45 minutes from Xi'an. They had cable cars going up and down the mountain, as a lot of mountains in China do. We decided to take the cable car up to save time and beat the crowds to the top. There was still a fair bit of climbing to summit several adjacent peaks, and we hiked all the way back down the mountain, which was well worth it but made my legs pretty sore for the next few days.

Here's a little photo dump from the hike: 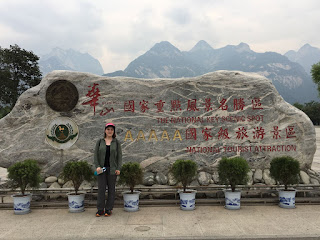 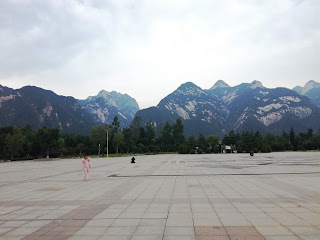 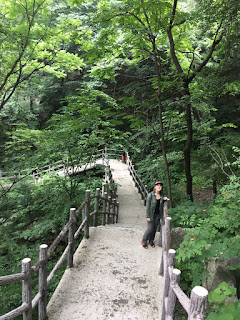 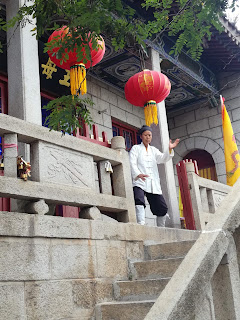 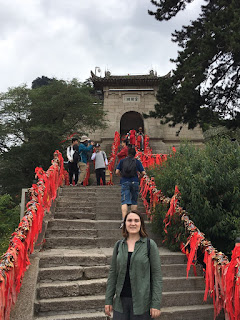 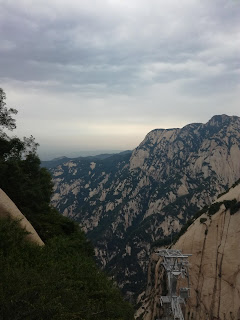 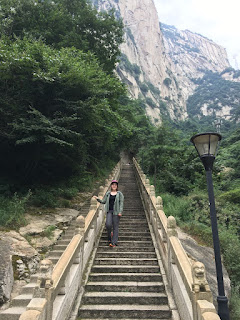 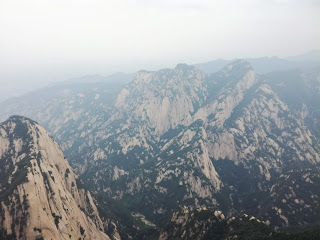 The next day, we visited the landmark Giant Wild Goose Pagoda, and then headed over to the Muslim area of the city for some halal street food and sightseeing. One difference between Xi'an and Shanghai is that the Muslim population is much higher in Xi'an, while in general most of Shanghai isn't very religious or is loosely Buddhist, so it was a different cultural feeling in that sense. 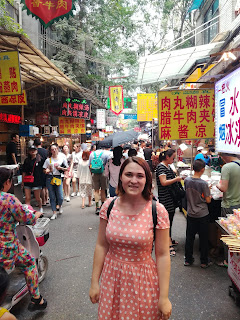 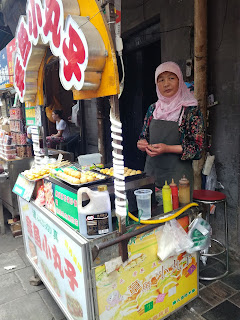 One of my favorite spots on this trip was the Great Mosque of Xi'an. We visited during Eid so it was decorated with multilingual "Eid Mubarak" signs, and a lot of families were there for prayers. This mosque is one of the oldest in China, dating from 742 A.D. I really loved the blending of cultures: the beautiful Arabic and Chinese calligraphy together, and the mix of Chinese architectural styles with the familiar elements of a mosque like the ablution area, minarets, prayer hall, etc. 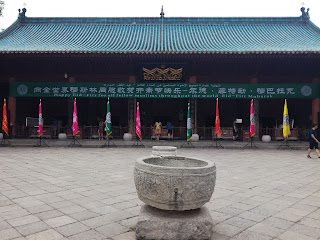 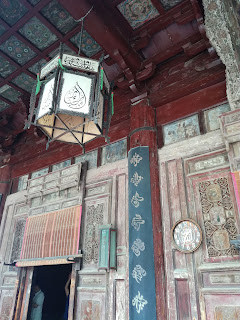 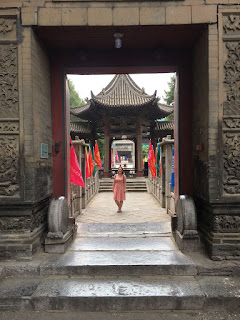 Xi'an cuisine is spicy and flavorful, which I love. It also seemed a little heavier compared to the food I normally eat in Shanghai, larger portions of beef and lamb plus bread and potato-based things.
On the third day, I went to see the famous Qin Dynasty Terracotta Warriors. I'm glad that I had the opportunity to check it off the bucket list, but honestly it was a little underwhelming considering how famous it is. First, it was raining pretty heavily that day which kind of put a damper on things. Second, the crowds were absolutely insane-- I went on Dragon Boat Festival holiday, which meant that there were people at least three rows thick surrounding the tombs on all sides, at least at any of the good photo spots. Third, the tombs consisted of three different chambers, and they channeled people through the most impressive chamber first, so our expectations were set pretty high, and then the second two chambers were kind of a letdown. The second two chambers were mostly either empty or areas where the warriors hadn't been excavated yet for fear of ruining them. 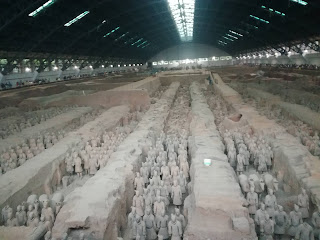 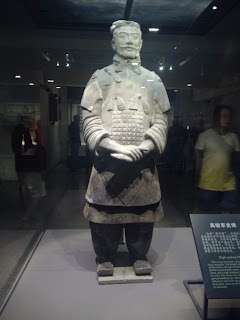 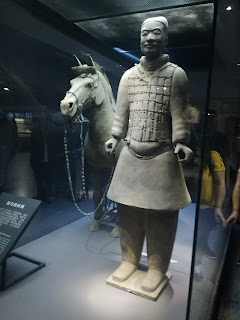 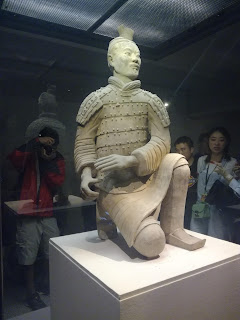 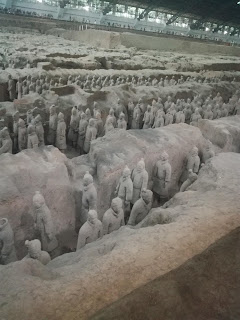 That sums up the trip to Xi'an! I ended up flying because the high-speed train tickets were sold out for Dragon Boat Festival weekend.

On the weekends in Shanghai, I like to go on bike rides, go shopping, and meet up with friends for food and/or karaoke (KTV). We usually alternate between Chinese and English popular songs, which is great for language practice. 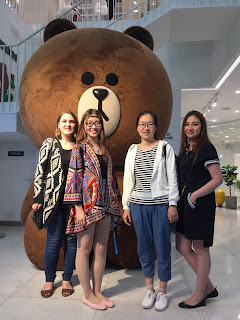 Another experience I wanted to share was going to a North Korean restaurant. Yes, there's a restaurant chain in China owned by the North Korean government and staffed by North Korean ladies. They put on this song/dance show that highlighted Chinese and North Korean friendship and brought members of the audience to the stage to dance and take photos with the performers.

The food at this restaurant was good. I'm not familiar enough with the cuisine to really tell the difference between what they served there and South Korean food I've had elsewhere. It was my first time eating frog, though! Anyway, the whole experience was kind of interesting and bizarre, one of those things that you definitely wouldn't find in the U.S. I wanted to talk to the waitresses but they only speak Chinese and Korean and were pretty busy, so I couldn't have much of a conversation. 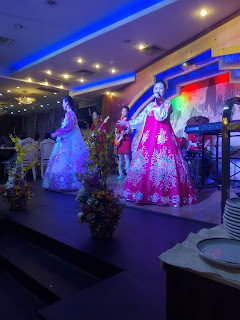 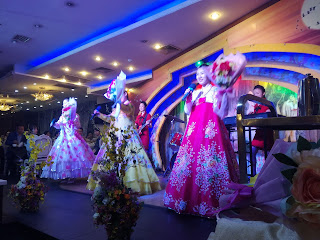 Here are a few more photos from exploring Shanghai.

Hope you all are having a great summer so far! Take care!