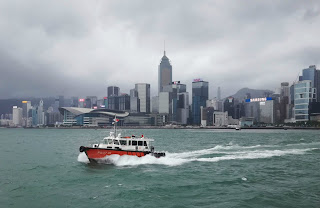 After taking the overnight train straight from work on Friday, I arrived early in the morning and spent all day Saturday in Shenzhen. My coworkers travel there pretty often to meet with Tencent, one of the largest tech companies in China, so I was excited to see the city for myself. Shenzhen is known for its role in tech innovation and is often called the Silicon Valley of China.

The first stop was the electronics market, called 华强北 (Hua Qiang Bei). This district has floors and floors full of every imaginable electronic part, product, and accessory. This included laptops and phones, but also everything from drones to smart-watches, from Arduino and Raspberry Pi kits to VR headsets, from LED lights to bluetooth speakers, and more. The most common items there were phone cases- there were rows and rows of shops lined floor-to-ceiling with phone cases in every possible design. It felt like all the world's electronics factories had just dumped their inventory in one place. 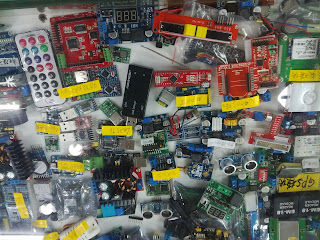 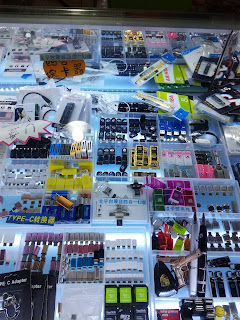 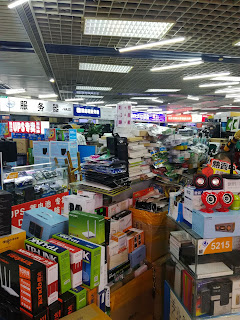 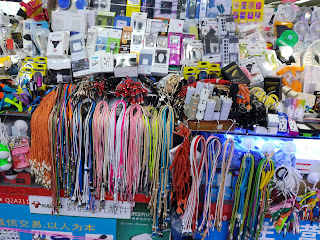 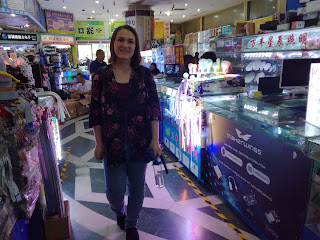 The next stop was Dafen Oil Painting Village. At one time, this place produced 60% of the world's oil paintings, and it remains a major center for reproducing copies of famous works. It was full of quaint painting shops, as well as a modern art museum. 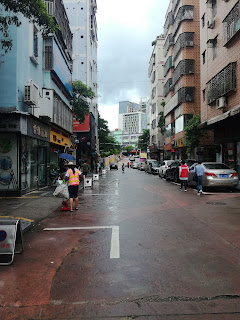 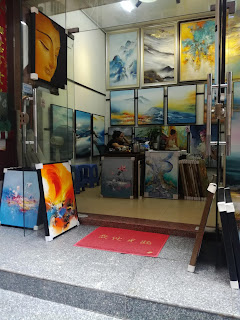 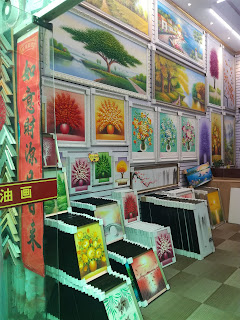 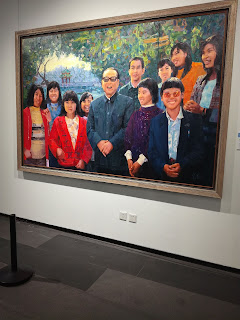 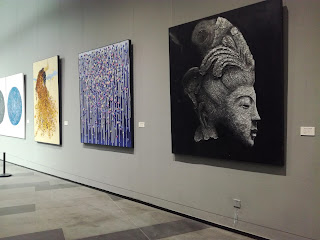 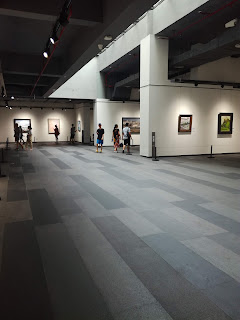 After this, we explored some shopping areas. It was raining pretty heavily on and off, so we had to duck inside some of the shopping malls now and then to wait out the downpour. Shenzhen is further south than Shanghai, so it's more green and almost tropical in the way that the humidity feels. 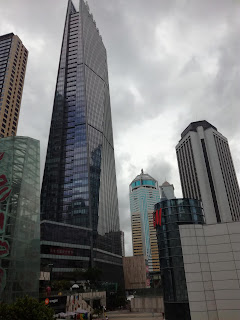 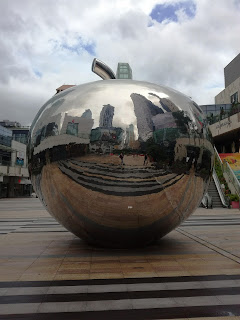 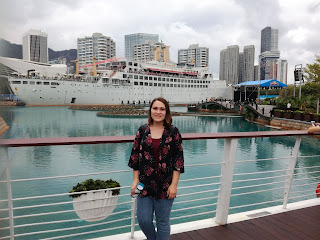 Once the sun went down, we rode bikes along the coast and took more pictures of the city lights. 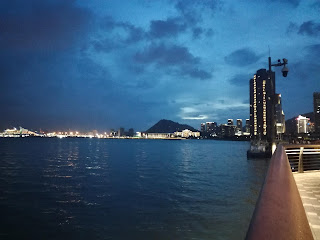 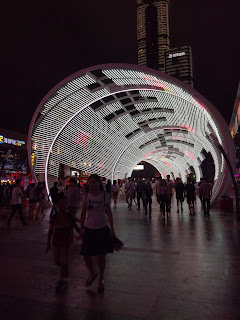 Shenzhen and Hong Kong are just adjacent to one another, but since Hong Kong isn't part of mainland China, they feel like completely different countries. I had to cross the border on Sunday morning and get a separate passport stamp for Hong Kong, use different currency, use international data roaming for my phone, etc. Luckily, the border crossing was pretty smooth and only took about 30 minutes. The metro (subway) system in Shenzhen goes to the border at Luohu Station and connects to Hong Kong's Lo Wu station on the other side.
Also, Cantonese is spoken in Hong Kong, which is completely different from the Mandarin Chinese I've been learning. However, most Hong Kong people also speak English fluently and some Mandarin too. It was actually pretty funny because after 2 months in mainland China I now reflexively use Mandarin here and there, just little things like "不好意思 (sorry)" when I bump into someone. I kept forgetting and using Mandarin out of habit, and people would give me weird looks and then respond in English haha. There are so many more foreigners in Hong Kong, so I blended in more compared to the stares and selfie requests from strangers that I get regularly in mainland China, haha.

The first place I went in Hong Kong was the Tian Tan Buddha statue on Lantau Island. We got there by cable car, which was interesting as the weather was a bit windy and rainy, so the cable car kept  rocking terrifyingly back and forth, especially on the way back.


After this, we walked around the downtown area of the city, got some food, and took pictures. The thing about Hong Kong, like many big cities, is that there's not really a whole lot to do there besides eating, shopping, and taking pictures. We did take the ferry boat across the city. A thing that surprised me was that Hong Kong is known for its french toast, which was great! I also had barbecue pork dim sum and some noodles. 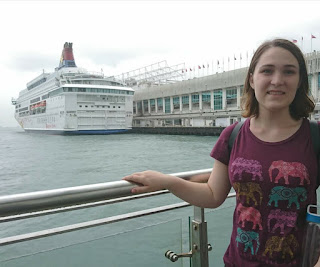 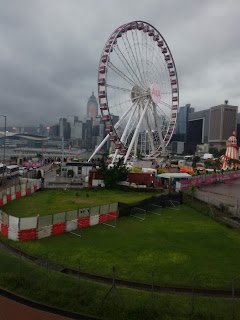 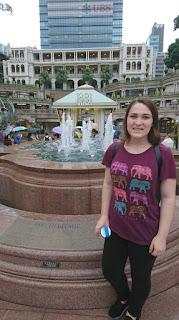 Hong Kong is a beautiful city! I think I prefer mainland China for its uniqueness, because Hong Kong is more similar to other very international big cities, but I'm glad I got to go. I crossed the border back to mainland China on Sunday night, and took the train back from Shenzhen to Shanghai.

Yesterday at my internship, we celebrated Intel's 50th anniversary. There were games, food, music performances, and a raffle for prizes. I didn't really win anything, except for an "I <3 Shanghai" hat in one of the games. Still, it was fun to see the office building all decorated and have the afternoon to celebrate. 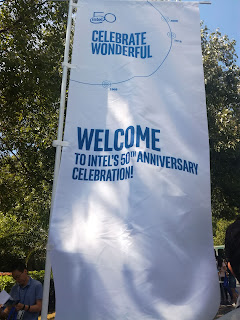 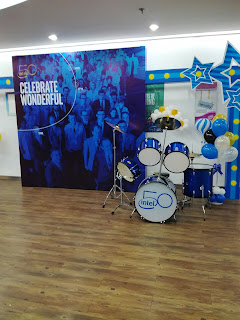 Thanks for reading. Take care, wherever in the world you may be :)