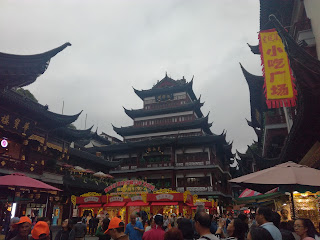 We had a really interesting discussion this week about censorship in my Contemporary Chinese Political Thought class. It was interesting to hear the different perspectives from the Chinese students, the American students, and the other international students. I think that if the discussion had been just in the U.S., it would have mostly revolved around the ideologies of the First Amendment and freedom of speech, but I think within the context of China, where we actively experience what it's like to have so many websites blocked or censored (when not on the university VPN, at least), it opens up a lens to examine both the positive and negative aspects of government censorship in a more practical light, in terms of national security, maintaining order, preserving culture, etc.

There was a visiting professor from NYU New York who gave a talk on music technology, so I went to that. He presented some really interesting projects for music education, like this website where you can use your computer keyboard to improvise in a "duet" with a professional pianist. His comments about music tech engineers gave me hope that maybe combining my music hobbies with my engineering degree won't be nearly as far-fetched as it sometimes seems. 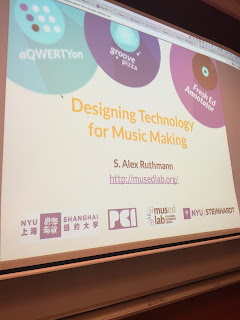 It is still raining so much! I'm really not used to having to bring an umbrella everywhere, and I keep forgetting it. Coming from the pretty dry places of Arizona, California, and Abu Dhabi prior to this, I am realizing that I really have no idea how to dress for rainy weather. My roommates from NYU New York tell me that this is nothing compared to New York weather and that I have much to learn, haha.

I'm getting better at ordering food at restaurants and being understood. I have most of the restaurant vocabulary down, I'm just still learning to read the names of the foods from the menus, so I usually have to do some Google Translating while I'm waiting in line.

The most "different" thing I ate this week was fried duck tongue. It tastes exactly how you would expect a duck tongue to taste, i.e. like a chewy rubbery meat strip. Not that great. There's something vaguely unsettling about the thought of systematically removing the tongues from dead ducks. I don't even know.

The best new thing I ate this week was fried tofu. I don't even normally like tofu that much, because in my opinion its bland, squishy texture is a poor substitute for meat, but the way they cooked it with a crispy outside was quite good. The mid-autumn mooncake festival is coming up too, so I had some mooncakes (yue bing) too. I've had the red bean kind before, but this was my first time having the savory kind with meat inside.


One interesting thing about here in comparison to the U.A.E. is that people in Shanghai generally seem a lot less concerned about privacy and taking photos/videos of strangers. In the U.A.E., there are laws against taking photos of people without permission, and some people understandably don't want their photos published for modesty or otherwise, so I generally try to be conscious of whether other people are in the background of my photos and I don't usually take photos of people that I don't know. Here in Shanghai, people seem a bit more connected to their smartphones all the time, and if something interesting happens in public, people will just start taking photos and filming up close for their WeChat stories without any concern for who's in the photo, so I feel a little bit less of a need to worry about it. Also, personal space here is a bit less acknowledged- at times when an elevator would be considered "full" in the U.S. or U.A.E., here another few people will manage to squeeze in. Navigating the metro sometimes requires a little pushing and shoving. But it's not too different from any big city. This is just my perspective of what I've seen so far, and I don't want to make generalizations.

I took some time yesterday to go sightseeing with one of my new friends from NYU Shanghai! We walked around the Yu Gardens area. This was such a crowded and touristy place, but at least it was beautiful. The traditional architecture and little shops made for a fun afternoon of looking around and taking random photos. 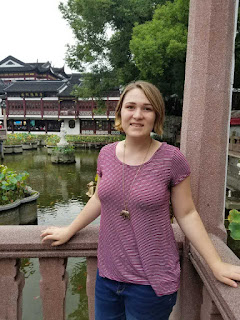 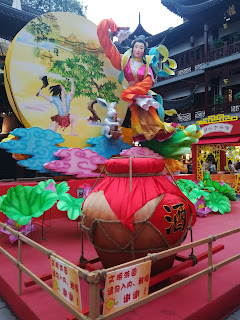 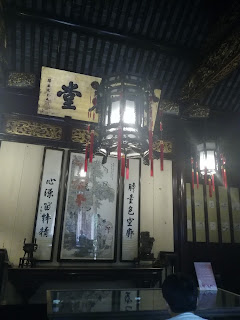 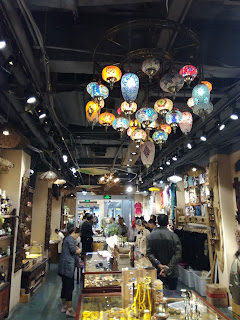 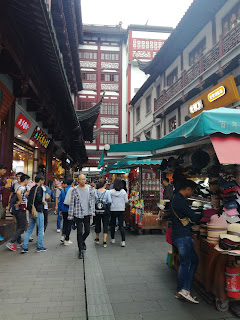 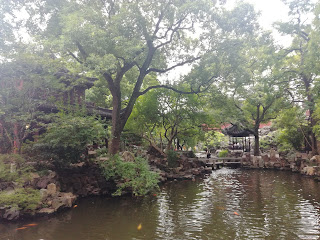 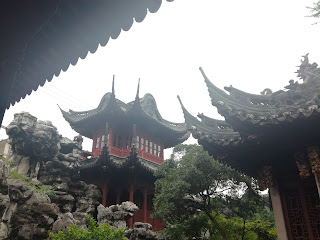 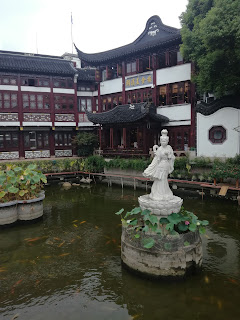 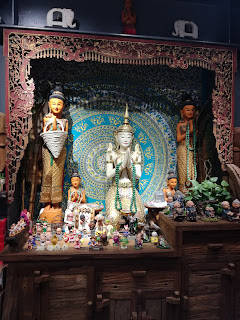 The latest additions to my "Interesting English of Shanghai" collection:

Anyway, hope you all have a great week. 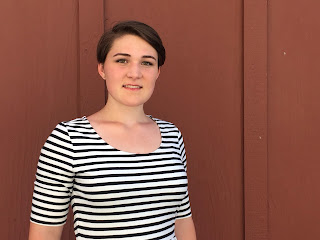 Hello, people of the interwebs! I'm a Californian engineering student in my second year at New York University-Abu Dhabi, located on Saadiyat Island in the United Arab Emirates. I'm interested in biomedical technology and brain-computer interfaces. In this "global university", I've been blessed with many opportunities to travel, including the chance to spend my Fall 2017 semester in Shanghai, China! In my free time, I'm a pianist, singer, chocolate addict, and adventurer. I love learning about other cultures, and exploring the outdoors. I'm a Mormon (member of the Church of Jesus Christ of Latter-Day Saints), and my faith is important to me. I love discussing religious and philosophical ideas. The primary objective of this blog is to bridge the cultural gap between the different communities I inhabit on a daily basis, whether West vs. East, religious vs. secular, liberal vs. conservative, etc. There are enough misconceptions in the world th