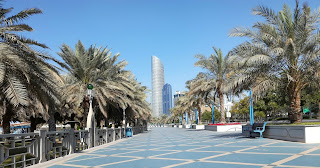 Classes I'm taking:
Foundations of Science 3&4- A continuation of the chemistry and physics from last semester, now with a biology component as well. NYUAD sort of combines all of the introductory science courses into this "foundations" series, instead of doing them separately. In some ways it's nice, in other ways it's annoying, but I'm pretty happy to have biology again, since I had such a great biology teacher in high school and it's probably my favorite of the sciences. We also have chemistry labs this semester, which should be good.
Multivariable Calculus- It is what it is, I still wish I would have taken it last semester, but finally got it to work with my schedule now so I can't complain.
Time- A course that satisfies the first-year writing requirement. We'll be reading a lot of books that have to do with time (everything from Stephen Hawking to "The Art of Procrastiation") and writing essays.
Engineering Ethics- A course that explores anthropology and ethics from an engineering standpoint, exploring case studies and the broader societal effects of engineering. During spring break, we'll be going on a volunteer trip with Habitat for Humanity.

I'm also planning to do vocal ensemble and a P.E. swim course if I can fit them in. We'll see how next week goes.
This week was mostly getting used to all the new classes, spending time with friends (thanks for your hospitality and overall awesomeness), and settling back into routines after the craziness of J-term.

Highlights of the week:
Rooftop Rhythms
Every month, NYUAD hosts a poetry slam competition, and I finally got to go watch! It was so fun to see the creativity and diversity of the spoken word and music pieces performed. 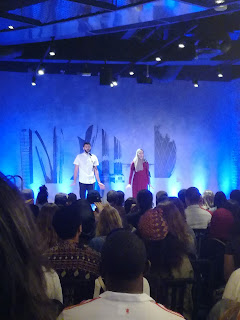 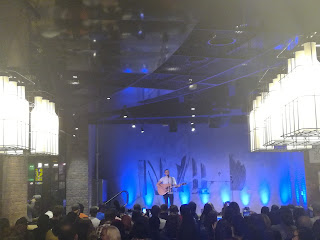 Scavenger Hunt
The school organized a scavenger hunt in the city for the freshmen. We formed teams and were given  a van with a driver and some spending money to complete various tasks around Abu Dhabi. It was SO much fun. And we all got matching class t-shirts. 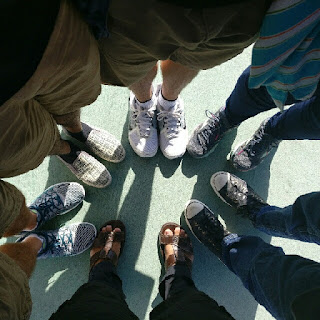 We started by going to Mushrif Park, where I've been a few times before. There were a bunch of scavenger hunt things to do there, including finding a camel, playing on a playground, and eating "fire fries" (with jalapeno) from the food truck out front. 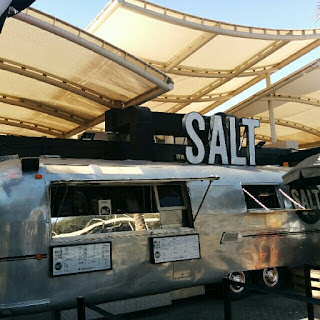 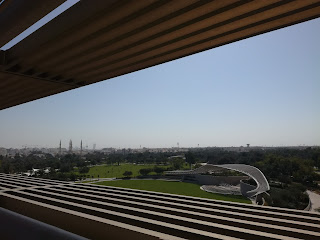 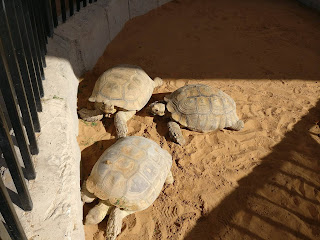 We then walked around Madinat Zayed Shopping Center- a lot of the scavenger hunt things involved visiting various shops around the area. To complete a challenge, one of my friends got a haircut from a semi-sketchy local salon (the English sign on it said "saloon" instead of "salon" haha).

I also bought a nice abaya from one of the shops, because one of the scavenger hunt challenges was to buy traditional clothing. The embroidery on it is so detailed- my questionable selfie skills don't do it justice at all. 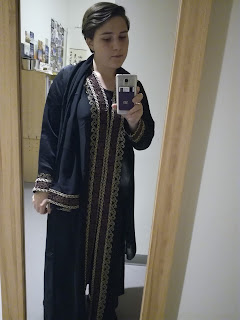 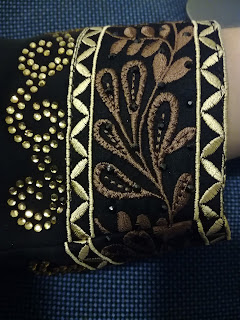 We got delicious Indian food for lunch- so much paratha and butter chicken! One of the scavenger hunt things was to try dosa so we got a masala dosa too. It's like a giant pancake/crepe with spicy potato stuff inside. 10/10 would recommend. 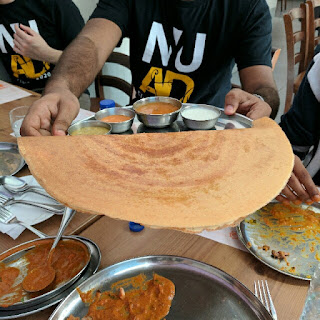 Toward the end, it was pretty clear that we weren't going to win, but one of the challenges was to rent these little pedal carts and ride them along the Corniche, so we did that for a while. So much fun even though we almost crashed multiple times. 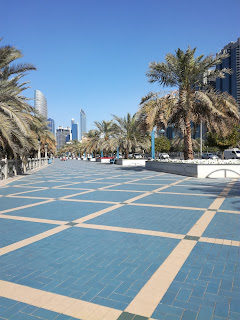 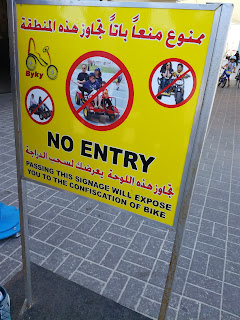 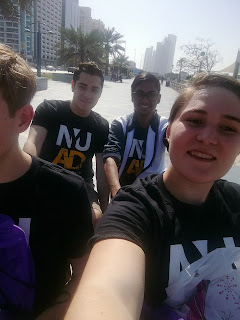 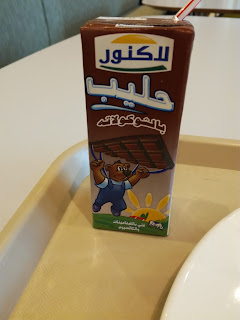 Because chocolate milk is clearly the best kind of milk at the dining hall. My friends are weird strawberry milk lovers and I must prove them wrong. And the banana-flavoured milk is even worse... (Yes, we're semi-functioning adults. Yes, we drink milk from boxes with straws. Welcome to college life.)

Anyway, wishing you all a healthy and happy week!

Side note: I really don't want to make this blog about politics, since I don't think it's the right space to discuss my political views. But President Trump's executive orders have me worried. At NYUAD, I've been able to see the effects of immigration policy firsthand. I've met students here who hold passports from many of the nations listed in Trump's immigration ban, students whose life plans involved studying at NYU New York or getting a job after graduation in the U.S., and now it's uncertain whether they'll be able to do so. I've seen people struggle through the extensive U.S. visa application process, while my U.S. passport grants me easy access to most of the countries in the world simply because I happen to be born on one side of a border and not another. I've seen the religious freedom I've had to worship as a Christian in the U.A.E., a country with Islam as the official religion. Then I see what the U.S., a country supposedly founded on diversity and religious freedom, is doing...

The only thing I can think of is the inscription on the Statue of Liberty:

"Give me your tired, your poor, your huddled masses yearning to breathe free, the wretched refuse of your teeming shore. Send these, the homeless, tempest-tossed to me, I lift my lamp beside the golden door."

I thought that to make America a great nation would mean upholding that principle.
Yes, protecting national security is important, and the background check process for visas is important, but I believe protecting humanity as a whole is also important- using the resources we have to care for refugees responsibly, not generalizing about an entire religion or an entire nationality based on the actions of a few. Those generalizations antagonize other nations and worsen the problem- according to CNN, Iran plans to retaliate by banning U.S. citizens from entering Iran as well. What will this mean for the thousands of Iranian-American families? Immigration policy affects businesses, it affects families, it affects human lives... I worry.