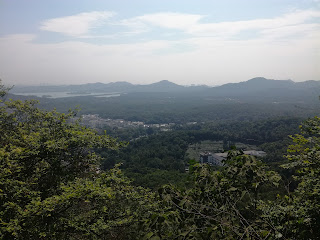 
This week of class was so busy with exams and assignments, but also very productive. For my Interaction Lab class, we had to make a project to make a silly robot that could perform a trick, and more about my project can be found here at the NYU Shanghai Interactive Media blog.


The first day in Hangzhou we stopped at a local restaurant. They had Chinese hotpot soup (i.e. a communal pot of boiling soup broth heated from a burner on the table, and ingredients are placed inside to cook), but this one included fish in Hangzhou style. That is, they had tanks of fish at the front of the restaurant and chose a fish to cook for us in the soup. We then added vegetables and shrimp to the hotpot, and the result was fantastic. 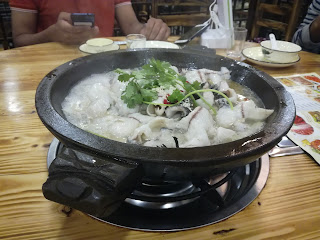 We then went to walk around the West Lake area. The sky was pretty overcast and the weather was foggy so the views weren't as spectacular as they might have been, but we enjoyed our time walking around and paid a rowboat man to take us around the lake in his boat. These small rowboats and larger motorboats were all around the lake offering rides to tourists. We also watched a band of people playing traditional Chinese instruments and singing an opera-like song near the shore. 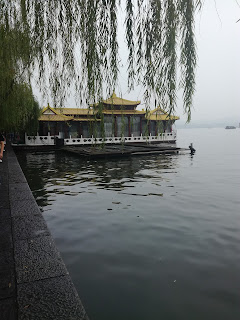 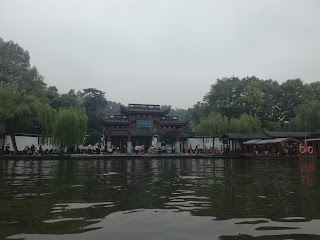 After this, we visited Leifang Pagoda. It was filled with beautiful artwork and was rebuilt around the remains of the original structure, so the archaeological parts were on display as well. 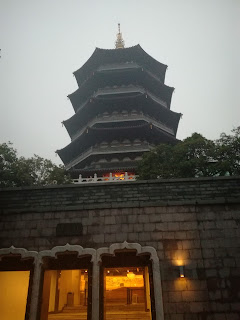 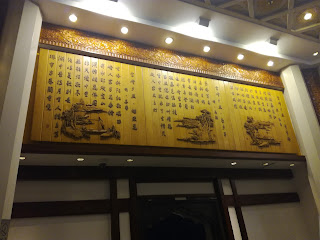 The next day, we spent the morning on a beautiful hike through the mountains around West Lake. We followed a route from Zhejiang University's Yuquan Campus and ended at the beautiful Lingyin Temple. We had a rough map of the area and some instructions about where to find the trail, but we were still completely unfamiliar with the area. We were looking for the trail head and my Chinese-speaking friend asked a man in athletic attire nearby, who looked like he might be going to hike. We learned that he was also heading to Lingyin Temple! He could see that we were foreigners, and he was hiking alone, since most of his friends were travelling elsewhere with family for the holiday, so he offered to show us the way the entire time in exchange for our company. This reinforces the lesson that my dad has told me many times: outdoorsy people on trails are the nicest people around. (By the way, if any Shanghai friends are interested in this hike, I can describe the way for you- Hangzhou has beautiful paths to hike but there isn't a lot of detailed information online in English about finding the routes)


The start of the hike involved walking up 700 stone steps to reach the top of the first hill. While the mountains weren't exceptionally tall, they were very lush and green with rolling ascents and descents and nice views of the city from the top. I definitely worked up a sweat during the steeper portions. 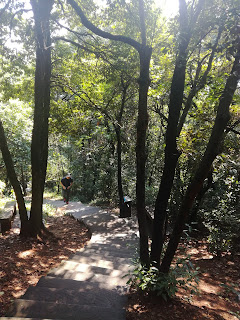 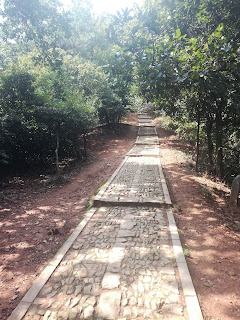 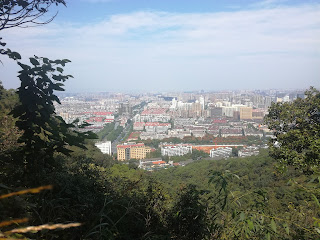 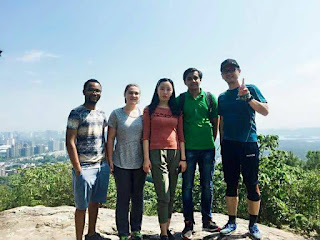 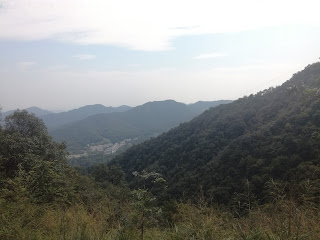 At the top of the last peak, there was a small temple and cable cars going down the hill. We decided to take the cable cars down in order to enjoy the view. 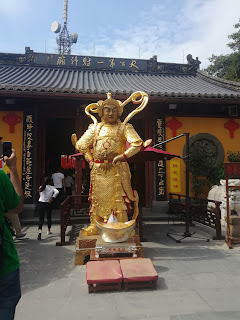 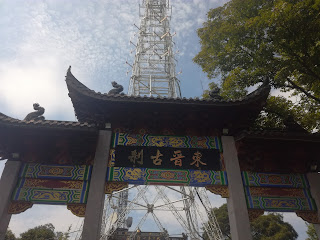 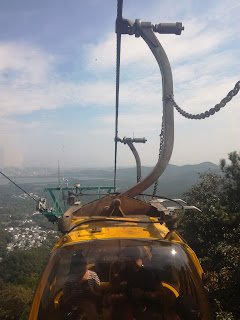 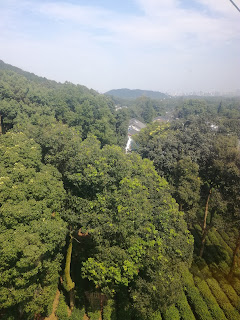 The cable cars dropped us near the entrance to the Lingyin Temple, or "Temple of the Soul's Retreat", nature area. Here, there were a series of Buddha statues in caves, and then the truly majestic Lingyin Temple itself. The pictures don't do justice to the scale of it all, because this was the largest Buddhist temple I have ever seen and it encompassed multiple buildings. 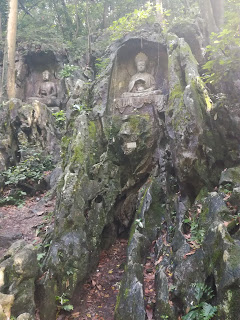 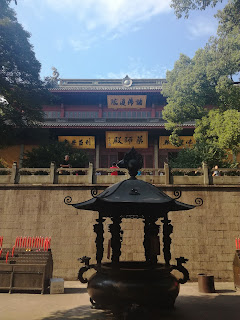 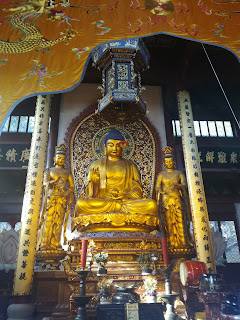 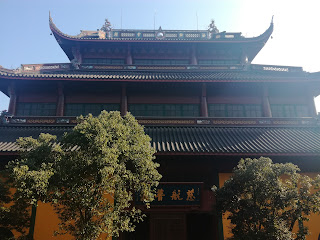 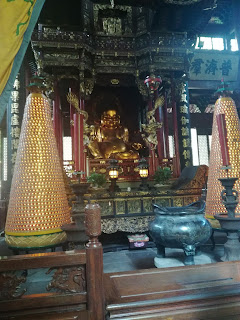 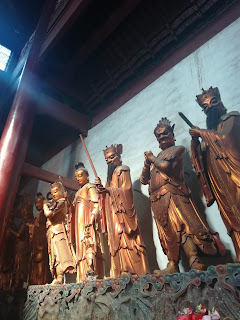 Finally, I must conclude with the additions to my "Interesting English of China" collection:


Anyway, I'm looking forward to this week of travel and I wish you all the best!