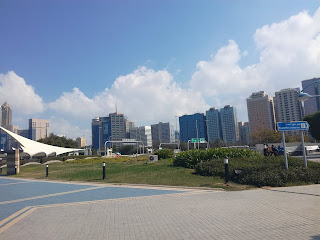 Life is good. I'm working on some interesting projects.

We had the spring Opportunities Fair on Thursday, where companies from around the U.A.E. come for recruitment purposes. Even though most of the the engineering-related companies are looking for upperclassmen/seniors, it's still nice to talk to the different companies and see what's out there. The U.S. Embassy had a booth there, for example, and they gave me a free pen and talked for a bit.


I'm trying to get into the habit of exercising while it's still too early in the semester to have exams, so I went to a couple of the group fitness classes on campus. Hoping that writing about it here will make me feel some responsibility/ accountability to keep going to them. My roommate is pretty athletic and plays on the badminton team, so she's the main one motivating me at the moment. Good stuff.

Classwork is taking up most of my time (as it should), but this morning I did get decide to get some fresh air while the weather is still nice. I went for a walk around the city this morning. I got labneh and zaatar manakeesh from a Lebanese bakery for lunch and ended up at the beach. 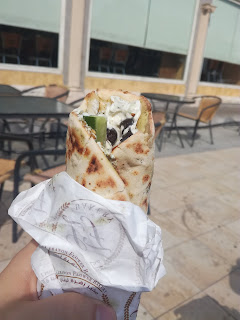 There was this one area of the city that randomly had a bunch of flowers. 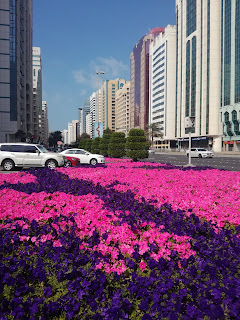 Another area had a bunch of seagulls chilling in the water. 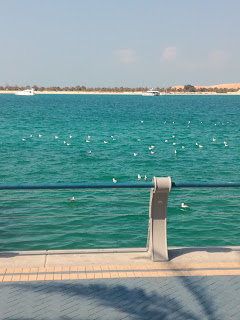 The beach had me wishing I brought swim clothes, I guess another day. The water was so blue! 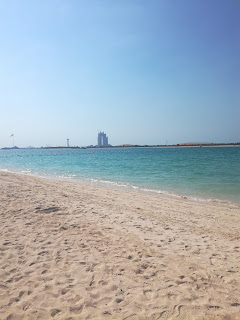 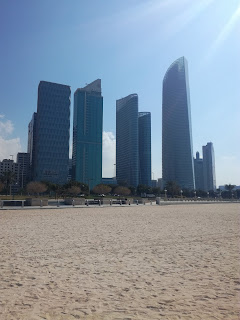 A few other pictures from city exploring. It was my first time really getting to walk around the city since I've been back, so I definitely appreciated it. 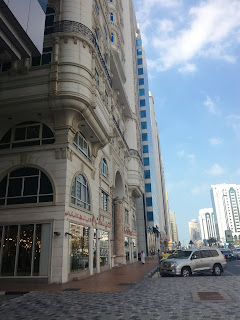 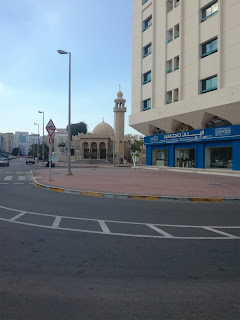 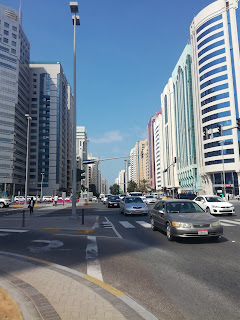 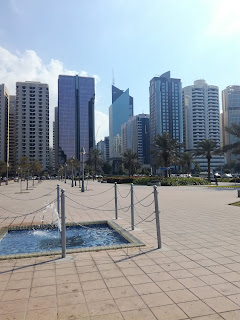 Another random thing happening on campus is that there are some stray cats that wander around, and they've been causing quite a bit of controversy. I have no idea how cats got to the middle of a desert island, but that's beside the point. Since I've been away, people sitting at the tables outside the dining hall have been feeding the cats until they've grown very tame and learned to beg for food. A lot of students are sympathetic to these cats, but honestly they're starting to get out of hand. Finally, enough students complained that the Student Government purchased water bottles for us to "gently discourage" the cats with. I guess I'm thankful for their initiative, but I think it's kind of funny that we've actually gotten to the point where our student government budget is being spent on cat training spray bottles. 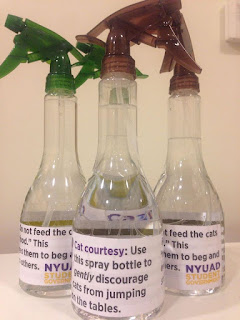 I'm spending most of tonight prepping a presentation on NGO-related case studies for my "Engineers for Social Impact" class and working on homework sets for Digital Logic and Circuits. There's also a concert on campus and I can overhear the music from the dorms.

Anyway, that's all for this week.