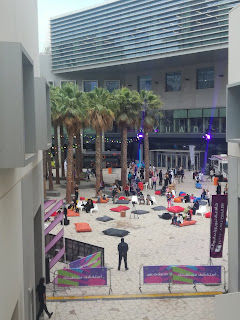 I attended one of the talks, and I wish I could have attended more of them. There are also music and arts performances from around the world. Our campus is covered in decorations and booths. 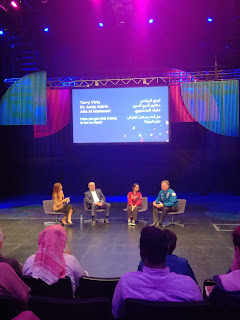 This week was especially great because this happened: 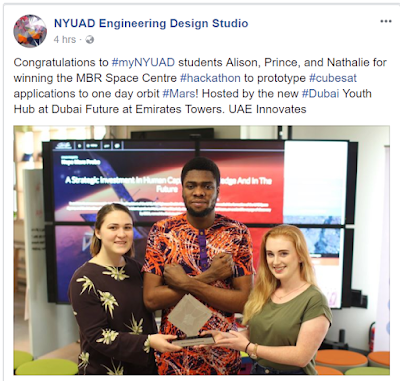 So anyway, on Tuesday I went to Dubai for the day to participate in the Mohammed bin Rashid Space Centre Hackathon competition. There were a lot of prayers that went into this and things that unexpectedly worked out at the last minute, so it was definitely more than just my own effort going on here, and I'm thankful for that. My teammates were really fantastic collaborators, and we had a good mix of backgrounds- computer engineering, electrical engineering (me), and biology: a good mix of coding skills, hardware skills, and research/presentation skills. These two are some of my closest friends and it was so much fun to work with them.

The first round, a few weeks ago, involved submitting a written proposal for a hypothetical experiment using a CubeSat (a small, affordable type of satellite) to survey some aspect of Mars' lower atmosphere. Then, the top 5 proposals were selected to come to the competition and try out our code on actual CubeSats, to simulate the experiment. Obviously we couldn't get actual useful data, since the satellite is just sitting on the table and not actually orbiting Mars, but the point was to show how we would hypothetically implement the experiment and display our data. After we worked with the CubeSat for 2 hours under the mentorship of the space centre engineers, we and the 4 other teams had to give a 10-minute presentation to a panel of judges. Some things about the competition were a little bit disorganized and last-minute, but we pushed through and things worked out in the end! We get some prize money as well as a tour of the Space Centre, which should be happening soon. Also, one of my professors took us out to dinner (Indian food yesss), which was really nice of him. Good stuff. Hopefully this is just the beginning of more things like this to come.


The venue where the competition was held was really interesting. It was in the Youth Hub in Emirates Towers in Dubai, which is this new work space made by the U.A.E. government's Ministry of Youth. It's sort of an open area with a cafe, a library, work tables, and work rooms/ conference rooms in the back. 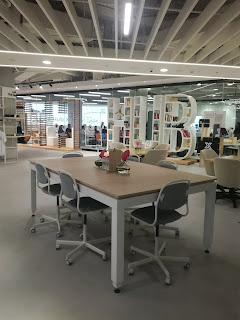 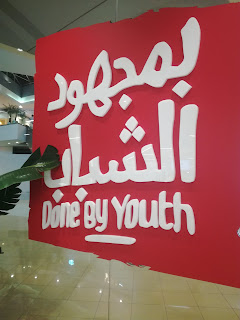 The Youth Hub was inside a larger shopping area that had some offices and government accelerators along with some cafes, technology stores, and high-end fashion shops. We had some time while we were waiting for the competition to begin, so we got to walk around. 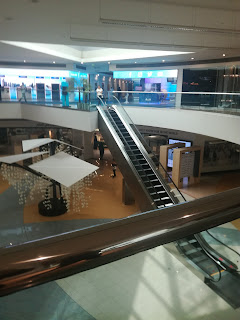 It was so great to meet the Emirati engineers from the space centre who were running the event. The U.A.E. government has been really promoting their space program, and they have plans to launch a full-size satellite to Mars in 2020, which would be the first Mars mission by an Arab country. They're also starting a U.A.E. astronaut training program and are recruiting U.A.E. citizens to participate.

Also, this weekend was NYUAD's annual WeStem (women in STEM) Conference, and I got to lead a coding workshop for girls from Abu Dhabi high schools. I and the other volunteers taught them how to make a simple app game for Android phones, writing the code directly on their phones in Processing (using the APDE app). 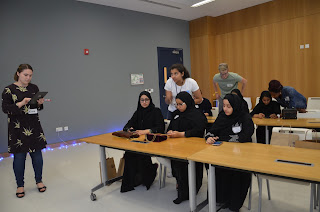 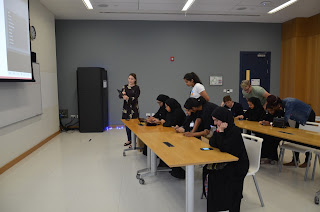 Yesterday I went to the house of a family from church for dinner and watched the recent Worldwide Devotional for Young Adults with Dieter F. Uchdorf. He's one of my favorite Mormon speakers, and I felt like his message was really relevant to people at this stage of life who are trying to make important decisions and figure life out. It's online here.

Other than that, I'm finishing up an 8-page essay for my Disabilities in Musical Contexts class and working on homework/studying/ lab assignments/ exam prep for my engineering classes. I got an email saying that my new passport is ready at the U.S. embassy (I renewed it a couple weeks ago), so I'm hoping to go tomorrow to pick it up. Wish me luck with a busy week ahead this week!